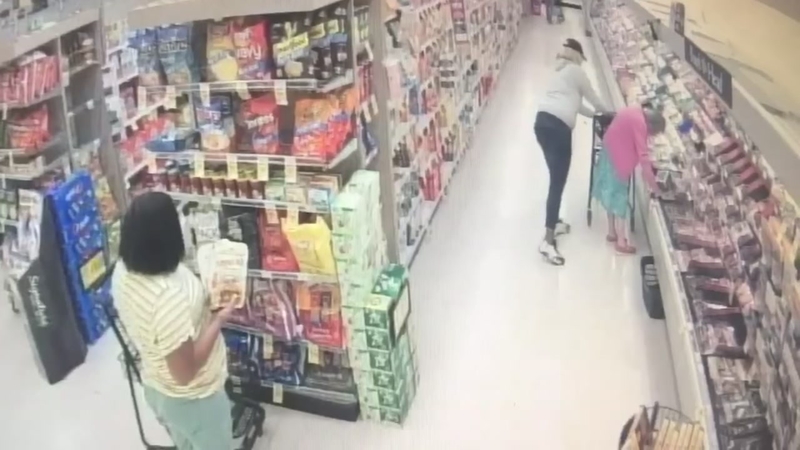 WALNUT CREEK, Calif. (KGO) -- Police in the East Bay are looking for your help to catch a couple of brazen thieves. The crime was caught on camera, targeting an elderly shopper inside a grocery store, the thieves then make off with her wallet.

It's a crime that has a lot of shoppers outraged.

Police are looking for a suspect who was caught on camera stealing from an elderly woman in Walnut Creek. (Video Credit: Walnut Creek PD)

Minutes later, the two find a possible victim, an elderly woman wearing a pink sweater. The unsuspecting shopper has no idea she's being watched.

"It appears she's looking to take the purse or contents of the purse," said Walnut Creek Police Lt. Tracie Reese.

One of the suspects is seen on the footage trying to get close to the victim's purse but is interrupted by other shoppers, but finally makes her move, grabbing the woman's wallet. Seconds later both suspects are seen leaving the store.

Police say the victim didn't realize her wallet was gone until she tried to pay for groceries.

"I don't know what kind of person would steal from an old lady. I hope we catch them," said Johnson.

The store is near the Roosmoor retirement community where Joyce Cohen lives.

"It's awful somebody would target an older person, especially that way... it could happen to anybody," said shopper Wendy Haworth.

The victim was not hurt.