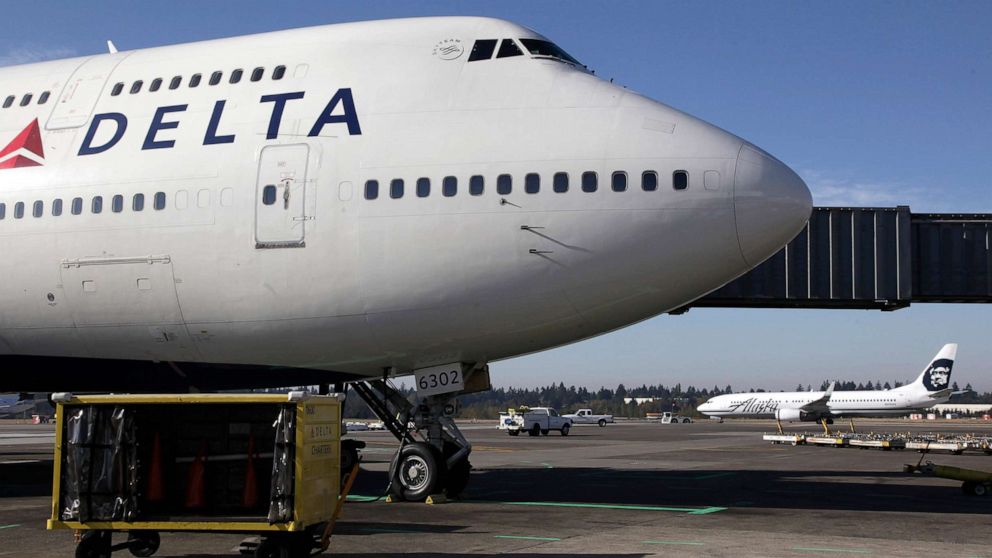 Secretary of Health and Human Services Alex Azar declared a public health emergency in the United States at a White House press briefing on coronavirus Friday.

Meanwhile, California health officials reported a third confirmed case of coronavirus in the state, in a man who traveled to Wuhan and became ill after returning home. There are now seven confirmed cases in the U.S. -- six in travelers and one a human-to-human transmission between a husband and wife.

Americans who've traveled to other parts of China in the previous 14 days will be subject to a health screening upon entry and asked to self-quarantine for up to 14 days.

The Centers for Disease Control and Prevention ordered a federal quarantine order for all 195 people who were evacuated from China and have been voluntarily quarantined at military base in California.

Those people were on a government-chartered flight earlier this week for American consulate staffers and private U.S. citizens from Wuhan. The quarantine, the first order of its kind in 50 years, will last for 14 days from when the plane left Wuhan, health officials said at a news conference Friday.

"We are preparing as if this was the next pandemic," Dr. Nancy Messonnier, director of the National Center for Immunization and Respiratory Diseases, said of the quarantine.

"If we take strong measures now, we may be able to blunt the impact of the virus on the United States," she added. "We would rather be remembered for overreacting than underreacting."

Messonnier stressed that Americans should not let panic or fear guide their actions and reiterated the CDC's recommendation that the general public does not need to wear face masks. She also called for people to not discriminate against Chinese Americans amid the outbreak.

Meanwhile, Delta Airlines, American Airlines and United Airlines suspended all of their flights to China as coronavirus cases in the country top 11,800.

Delta is temporarily suspending flights starting Feb. 6 through April 30, due to "ongoing concerns related to the coronavirus," the company said in a statement.

Until Feb. 5, flights will continue to operate, to ensure that passengers who want to leave China can do so. The final China-bound flight is scheduled to depart Feb. 3.

American Airlines canceled all of its China flights shortly after Delta made its flight suspension announcement. American said flight suspensions were effective immediately would run through March 27.

United Airlines followed suit later in the day. Flight suspensions will begin Feb. 6. and run through March 28 for United.

Delta's sweeping cancellations come hours after the State Department issued a warning to Americans not to travel to China because of coronavirus. Anyone currently in China should "consider departing," according to the State Department, and non-essential government workers should defer travel to the country.

Concerns about the virus and its transmission continue, with thousands of new cases of coronavirus reported in China over the last 24 hours. Worldwide, nearly 9,800 people have been sickened, outstripping the 8,098 cases reported during the 2003 SARS outbreak. Despite the accelerating case count, however, the new coronavirus appears to be less fatal than SARS. The World Health Organization estimates that 20% of cases of the new coronavirus are considered to be severe and 2% are fatal. In comparison, the SARS' fatality rate was roughly 10%.

Compared to SARS, which killed 774 people, 259 people have died in the new coronavirus outbreak. All of those deaths have been in China.

It's also expected that the fatality rate for the new coronavirus will decline as more cases continue to be reported, because individuals who are the sickest tend to be the first to seek medical treatment.

Many questions remain about how the virus is transmitted and how infectious it is.

Several countries outside of China, including the United States, have reported instances of human-to-human transmission of the virus. For now, the World Health Organization believes that the disease's incubation period is between two and 14 days, a wide range.

Doctors in Germany published a letter in the New England Journal of Medicine Jan. 30 reporting the case of German patient who contracted coronavirus from his business partner. She was visiting from China and didn't have symptoms during the course of her stay.

U.S. health officials previously maintained that there wasn't enough data to determine whether the virus could be transmitted before a patient who was infected developed symptoms.

Based on the reports from Germany, we know for sure that asymptomatic transmission can occur, Dr. Anthony Fauci, director of National Institute of Allergy and Infectious Diseases, said at the Friday press briefing.

Still, it's not known how common asymptomatic transmission is. Fauci emphasized that risk to the general American public is low.

Faced with so much uncertainty, countries are scrambling to react. In Italy, a cruise ship carrying 7,000 people was held in port for hours on Jan. 30, after a passenger came down with flu-like symptoms. It turned out to be a false alarm, and Italian health officials diagnosed that person with the common flu.

"Individuals and governments are trying to make decisions based on speculation and minimal information," said Dr. Irwin Redlener, director of the national center for disaster preparedness at Columbia University.

"We're trying to sort of grope our way through this," he told ABC News. "There's no playbook here."

Without knowing how infectious the new coronavirus is, it's difficult to assess whether countries' aggressive policies are extreme or rational, Redlener explained.

If the virus turns out to be highly contagious, "that could lead to a number of decisions that could seem pretty draconian."