KGO
By Anser Hassan
SAN JOSE, Calif. (KGO) -- Construction crews are finishing-up working at the Chick-fil-A inside Terminal B at Mineta San Jose International Airport. The restaurant, which is set to open in May, has not generated any sales yet, but it's already generating debate over diversity and inclusion.

At Tuesday night's city council meeting, a coalition of LGBTQ activists presented their concerns in a letter to the city council about the restaurant that they believe does not belong in San Jose.

"Chick-fil-A is known to be anti-LGBTQ, by the millions of dollars they have put into anti-gay organizations and programs," claims Gabrielle Antolovich, President of the Board of the Billy DeFrank LGBTQ+ Community Center in San Jose.

Their letter claims that Chick-fil-A donated millions of dollars to organizations that teach that homosexuality is wrong and oppose same-sex marriage.

Antolovish says they recognize how complex business deals can be. But District 10 council member Johnny Khamis says the $267 million contract is with HMS Host restaurant group - not with Chick-fil-A, which is part of the problem.

"The contract was pretty cut-and-dry... and gave us a list of 20 different restaurant groups," says Khamis.

He says the city did not know which restaurants would be coming based on that list. HMS Host then subcontracts out to the six participating restaurants that are set to open at SJC, which includes Chick-fil-A.

He also admits that he and some of the city council members were not aware of all the controversies surrounding Chick-fil-A.

"Some of us didn't know to the extent of the activities of Chick-fil-A's owner," says Khamis. "Some of us just didn't connect the two."

One of the solutions being proposed is to fly the LGBTQ and transgender flags at the airport, as proposed by Councilmember Dev Davis. "We value inclusiveness, diversity, and just welcome to our city. And we want to make sure our airport exemplifies those values," she says.

Antolovich says that is important because in many cases, the airport is often the first encounter for people visiting the area.

However, many passengers say they do not plan to boycott Chick-fil-A, despite the behind-the-scenes politics.

"Chick-fil-A is good, good selection, nice environment, never a problem there," says Jorge Vera, who flew out of SJC and who lives in Santa Clara.

But Antolovich says it's not about food. It's about the city's commitment to diversity and inclusion. She hopes that from this, there will be, "a greater commitment to work together, so this doesn't happen again."

In a statement issued last month in regards to the on-going controversy surrounding Chick-fil-A on this topic, more generally, the company says the restaurant founder did use biblical principals to guide the company. But they are adamant that their support for certain groups is not an attempt to attack to silence others.
Report a correction or typo
Related topics:
societysan josemineta san jose international airportlgbtqchick fil aconstructionmineta san jose international airport
Copyright © 2020 KGO-TV. All Rights Reserved.
CHICK-FIL-A 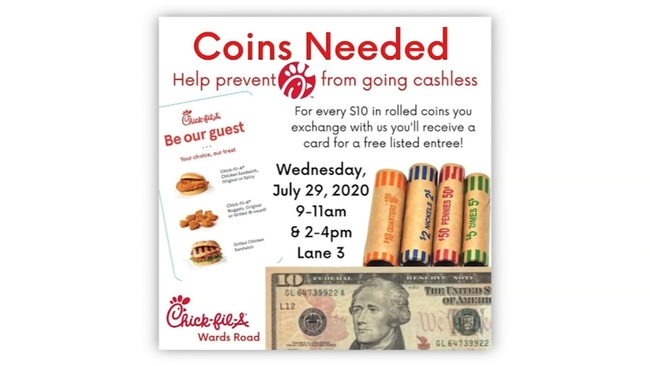