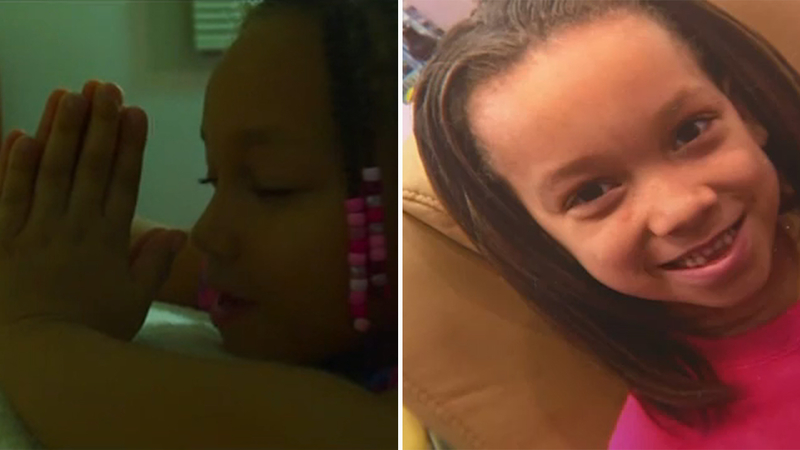 MADISON, Wisconsin -- A Wisconsin child who was once the face of an anti-gun violence video has fallen victim herself.

Four years ago, little Anisa Scott touched hearts with a video tearfully praying for an end to gun violence. Tragically, she was shot and killed last week.

She was praying for a little boy who was shot and killed in Chicago.

"It kind of hurts me today because I told her, 'That won't happen to you,'" her stepfather, Rafael Ragland, said to WISC.

Police say at least one gunman opened fire on an SUV Anisa was was riding in, hitting her in the head. She was taken to the hospital, and was pronounced dead at 11:11 a.m. on Thursday, Aug. 11. Two days after she was shot, her family made the agonizing decision to remove her from a life-support machine.

So far this year, murders are up 51% compared to the period from January through July 2019, along with a 47% increase in shootings, Chicago police said.

She was 11 years old and in the sixth grade.

Anisa was in a car with her mother's boyfriend heading to a store when a vehicle pulled up alongside them and shots rang out, according to a statement from the Madison Police Department.

"The victim was a passenger in a car that detectives believe was targeted by a gunman; however, they indicate the driver, not the 11-year-old, was the person being shot at," the police statement said.

Police have not commented on a motive for the shooting.

Four years ago, Anisa hoped her words in Ragland's film could change the world and stop gun violence.

"It brought me to tears right there when I was filming it, seeing the things that she was asking God," Ragland recalled.

You can watch Anisa pray in the video above.

Anisa acted in many of her stepfather's faith-based films. He said she always wanted to play a character that saw God.

Ragland recalled one video where Anisa played an angel. He said he can't bring himself to post it after her death, but finds comfort in the thought that the happiness she felt playing an angel has reached her again.

After her death, Ragland re-shared Anisa's message asking for an end to gun violence. The video has gained over 30,000 views on Facebook in just a few days.