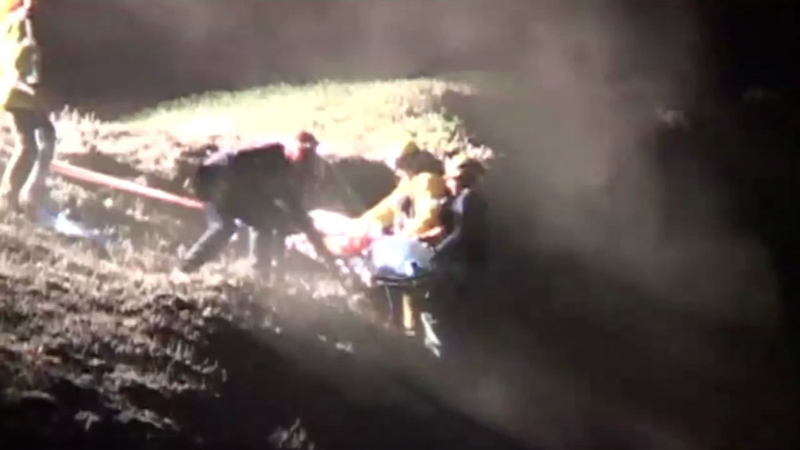 The boy's mother reported that her son had fell off a cliff as she was walking with him on a trail shortly before 5 p.m., Bodega Bay Fire Protection District Fire Chief Sean Grinnell said.

Within 30 minutes of arriving on scene, rescuers descended 238 feet to a beach to reach the boy who was found conscious and crying, according to Grinnell.

Foggy conditions prevented a helicopter from arriving to the beach to airlift the boy who was instead transported by ambulance to Santa Rosa Memorial Hospital, Grinnell said.

The Sonoma County Fire Department also responded to the scene.

Just two days ago there was another rescue in the very same spot. A 23-year-old woman was climbing off a cliff when she slipped and fell 20 feet. She was hospitalized with moderate injuries.