The teams were able to recover the body six hours into the search.
KFSN
By Vanessa Vasconcelos, Alyssa Flores and ABC30.Com Staff 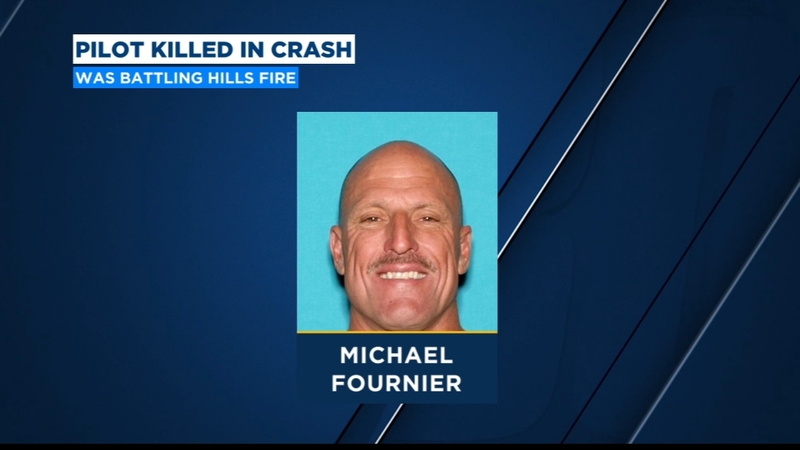 FRESNO, Calif. -- The helicopter pilot who was killed while fighting the Hills Fire in Western Fresno County has been identified as 52-year-old Michael John Fournier of Rancho Cucamonga, California, the sheriff's office confirmed on Thursday.

Fournier was killed while making water drops over the wildfire on Wednesday. He was the only person on board.

After hours of driving over rugged off-road terrain, the Fresno County Sheriff's search and rescue team made it to the very remote crash site to recover his body on Wednesday evening.

According to the aviation website Flight Aware, the pilot was 3,300 feet in the air before the flight path suddenly stopped.

Fresno County Sheriff's search and rescue teams were called out by CAL FIRE to make the trip through rugged terrain about two to three miles off the main road to the site of the crash.

The crash sparked what CAL FIRE calls an incident within an incident: a new 50-acre blaze that later merged into the Hill Fire, which has now charred 1500 acres 9 miles south of Coalinga. It is 35% contained.

As the news of the deadly crash makes its way around base camp and fire lines, a critical incident stress debriefing team will be made available to crews.

"It's tough on the crews. Whether you knew the person or didn't know the person, we are still all fighting this fire together. The camaraderie is very high," says Seth Brown with CAL FIRE.

The pilot of the helicopter involved in firefighting operations has died after it crashed near the New Coalinga Municipal Airport, sparking a new brush fire.