KGO
By by Chris Nguyen 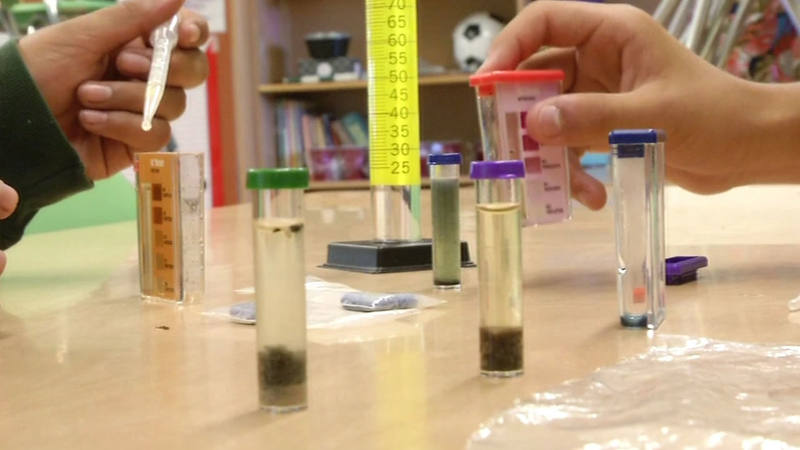 There was a successful send-off Wednesday from Cape Canaveral, Fla. The mission was to put a satellite into orbit, replacing one used for GPS tracking by both the military and civilians. Wednesday's launch went a lot better than the one the day before in Virginia, where a rocket blew up seconds after liftoff. That one was headed for the International Space Station, with three tons of food on board, as well as the experiments of school children from around the country. Two Bay Area schools were part of that mission.

For students and staff at Urban Promise Academy in Oakland, Tuesday was supposed to be a day to celebrate.

"The last thing we would've imagined, would've been a rocket explosion, being the thing that would get in our way," said teacher Alison Ball.

Onboard the Antares were student science experiments from across the country. Urban Promise also had a stake. Community members raised $20,000 for a microgravity experiment designed to test whether worms could compost in space.

"They were doing the countdown," said student Jose Morga. "And then when it came to one, something came with a big, bright flame. And then it went up, but then it exploded." 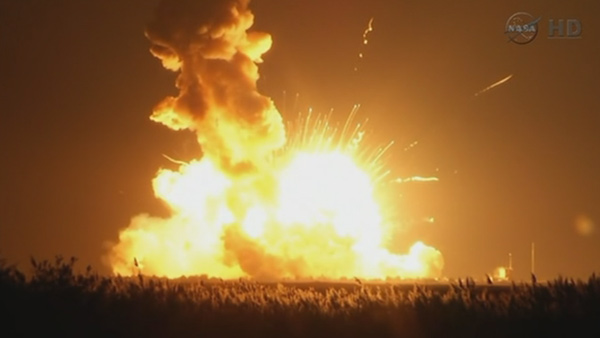 The culmination of a year-long investment literally went up in flames, with a sense of shock and sadness on the minds of many.

In Santa Rosa, students at Mark West Charter School had the same reaction. Their project, however, went up on an earlier mission in July. But a patch they designed was on this particular flight.

"We do not have a backup," said student Halei Trowbridge. "The original went up into space, so we only have pictures, so we're hoping that we can get a new badge made from just a picture, but I don't know what we'll do if they can't."

Despite the disappointment, there was an opportunity to learn and regroup.

"They're really stepping up, they're really excited about the re-launch, and focused on getting our worms back to space," Ball said.

Both schools will get a chance to recreate their patches and experiments for a future space flight later this winter.