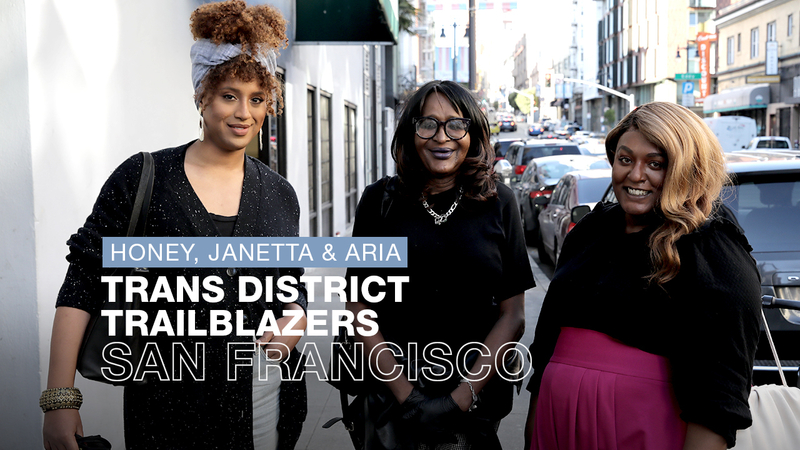 SAN FRANCISCO (KGO) -- Since as early as the 1920s, San Francisco's Tenderloin District has been a documented home for transgender residents.

"Everyone around me in my life told me that I'd have a better life when I came to San Francisco," Aria Sa'id co-founder and executive director of the Compton's Transgender Cultural District reveals. "So many trans people come here like refugees from other cities in the United States."

Sa'id first came to San Francisco when she was 19 years old. "As a Black trans woman, as a teenager in San Francisco, I learned very quickly that while San Francisco affirmed me legislatively...socially...I had walked into job interviews and been laughed at...I had been spit on in the street," Sa'id shares.

"We realized that if we didn't do something, the Tenderloin was quickly going to become gentrified and our history was going to be completely erased," recalls Compton's Transgender Cultural District co-founder Honey Mahogany.

This historic riot sparked transgender activism and resistance in San Francisco and continues to fuel the district's work toward cultivating a celebratory, affirming space for trans people.

"I think that's the biggest part of the hopes, the dreams of Compton's Transgender Cultural District is a safe place for queer, trans and gender-nonconforming, nonbinary people to come to San Francisco and find a more welcoming space," Johnson states.

"Making sure that we are providing them with the opportunities to succeed and the tools that they need in order to succeed is a huge part of what the Transgender Cultural District is doing," adds Mahogany.