Nearly 250 people who were evacuated from their apartments after a massive fire Tuesday at a construction site in Concord next to their building can return home, officials said.

CONCORD, Calif. (KGO) -- The approximately 250 people who were evacuated from their apartments after a massive fire Tuesday at a construction site in Concord next to their building can return home Friday afternoon, fire officials said.

The three-alarm blaze caused about $55 million in damage at the 3-acre construction site of a 180-unit apartment building downtown. Two sides of the building that burned have been completely demolished, according to Contra Costa County Fire Protection District Fire Marshal Robert Marshall.

"I've been evacuated since 1 o'clock in the morning for probably five days now. Tuesday morning, yeah, it's been a blur," said Kyle McClay who was desperate to get back into his unit, one of 180 vacated because of Tuesday morning's massive fire. The construction fire next to them threatened their apartment complex located on Galindo Street.

For days crews had to deal with smoldering fires and the threat of an unstable structure.

"We have made progress in suppressing the hot spots extinguishing the remaining fire throughout the building eliminating collapsible hazards," Lon Goetsch or the Contra Costa County Fire Department.

Because of the extent of the fire, investigators from Bureau of Alcohol, Tobacco, Firearms, and Explosives were called in. Twenty of them are here to try to determine how it started and if arson was involved.

"To include video evidence, to include eyewitness testimony, we'll also use accelerant-detection dogs where if any type of ignitable liquid was used, then that would also help," Patrick Gorman with the ATF told reporters.

This was phase two of the project. None of the buildings had walls or a sprinkler system yet. It was supposed to open in the Fall.

McClay who has been living in a hotel room, had something to look forward to.

"I've got four Dodger tickets, front row behind home plate stuck on my fridge so fingers crossed I can get in there today at two, that's the rumor and we'll be all good back to the routine," expressed McClay.

He'll now be able to make it there after all.

There is no longer any danger to the surrounding structures, Marshall said. The residents of the unscathed apartment building next door, the first phase of the Renaissance Square apartments, were evacuated for fear that the burned building next door might collapse.

Marshall said the apartments next door were released back to the owners at 2 p.m. and residents would be allowed to return at that time.

Willow Pass Road and Concord Boulevard near the fire area will be closed for the foreseeable future, according to Marshall. Galindo Road is currently open, Marshall said.

Fire investigators are still on scene to determine the cause of the fire, according to Marshall.

The building under construction that burned is said to have been roughly 60 percent completed, with exposed timber framing and no sheetrock to prevent the spread of the fire, making the blaze similar to others that destroyed apartment complexes that were under construction in Oakland and Emeryville in 2016 and 2017.

Those fires were determined to be acts of arson and the ATF announced in July a $100,000 reward for information leading to the suspect's arrest and conviction.

Crews to demolish Concord building under construction destroyed by fire 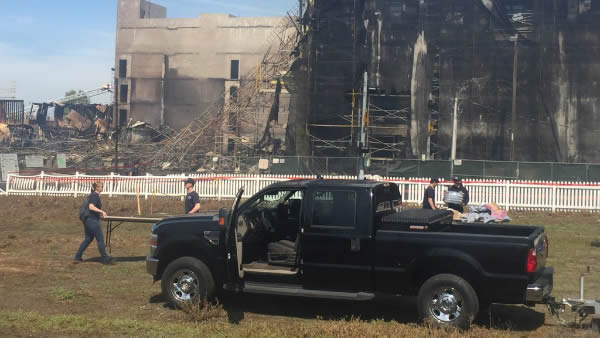 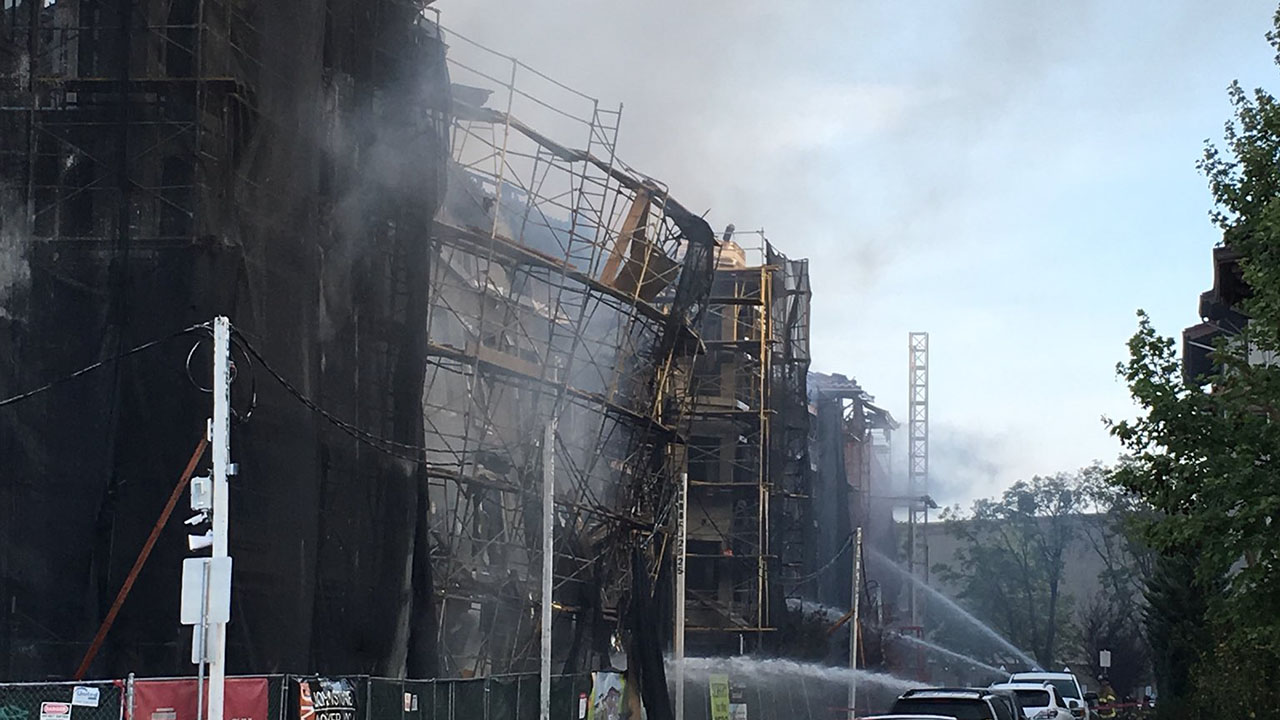