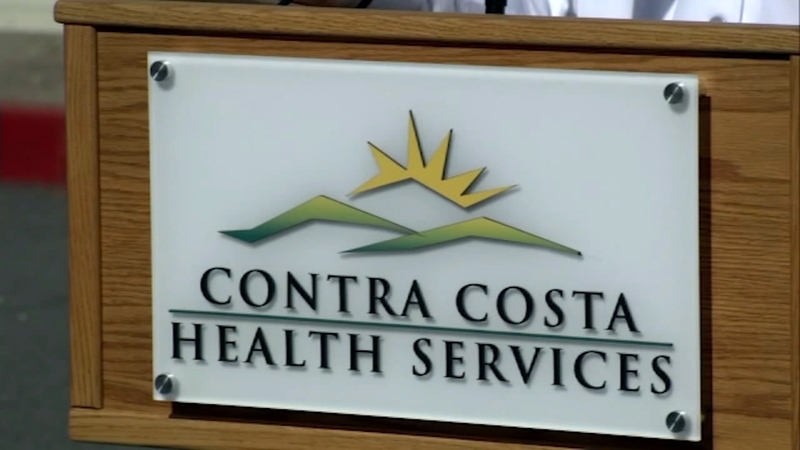 CONTRA COSTA COUNTY, Calif. (KGO) -- Located in the East Bay with 1.2 million residents, Contra Costa County is leading the way when it comes to vaccinations. This week they are officially two weeks ahead of the state's vaccine eligibility schedule. As soon as Tuesday they could be vaccinating those 16 and older, according to Ori Tzvieli, Contra Costa County's deputy health officer.

Luz Pena: "What is the secret?"

John Gioia: "Really the secret is about working with communities because they are an important partner. They help us get shots in arms faster in churches and schools and community centers."

John Gioia is a Contra Costa County Supervisor who says part of their strategy has been to go directly to the community. So far they have worked with 73 housing projects around the county and at least 10 church in Richmond and San Pablo area.

On Dec. 15 they vaccinated their first health care worker moved on quickly moved to essential workers. Three months later 45% of their population has received at least one dose of the vaccine.

Luz Pena: "Also did you get more vaccine allotment from the federal government?"

John Gioia: "We've been fortunate to receive an allotment from the federal government sooner than some other counties because we run 11 federal health centers."

Dr. Tzvieli says those federal health centers plus the state's supply made the difference.

"We have given over 625,000 doses of vaccine in Contra Costa County. In the last week alone, between the county and its partners Kaiser, La Clinica, lifelong, a lot of the pharmacies, we gave almost 100,000 vaccine doses in the last week," said Dr. Tzvieli.

With a large senior population, Contra Costa County is also attributing its success to community advocates and nonprofits like Choice in Aging.

Now as the state gears up to vaccinate those 16 and older on April 15. Contra Costa County says they can do that even sooner.

Gigi and Joe Corona are turning 16 tomorrow, the perfect day to get a shot.

"I just found out today!" said Gigi and Joe.