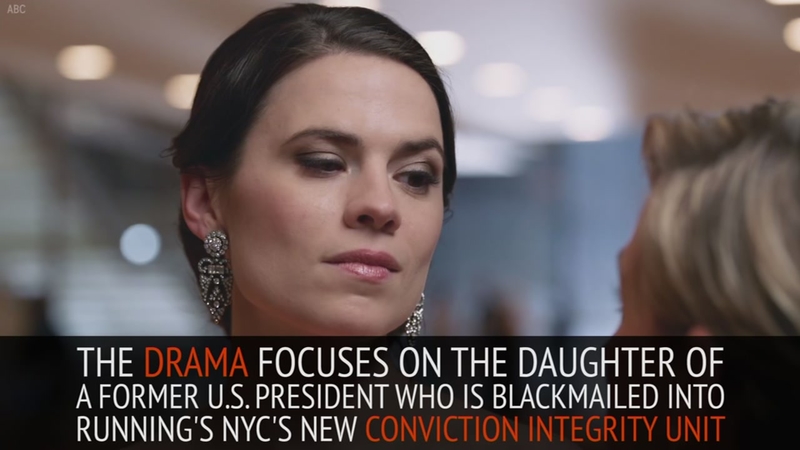 Here's a synopsis of the show from ABC:

"Lawyer and former First Daughter Hayes Morrison (Hayley Atwell, Marvel's Agent Carter) is about to accept a job offered from her sexy nemesis, NY District Attorney Wayne Wallis, to avoid jail time for cocaine possession and avoid hurting her mother's Senate campaign. Working with his team at the new Conviction Integrity Unit will let her use her brilliant mind to turn over cases where there is credible suspicion of wrongful conviction, and give her a chance to turn things around with her high-powered political family."

Before you watch the thrilling new drama premiering on Monday, October 3, watch the video above to acquaint yourself with the characters who'll be starring in Conviction this fall.