'Wild it's already been a year': Stephen Curry, Bay Area teams reflect on the day COVID-19 shut down sports 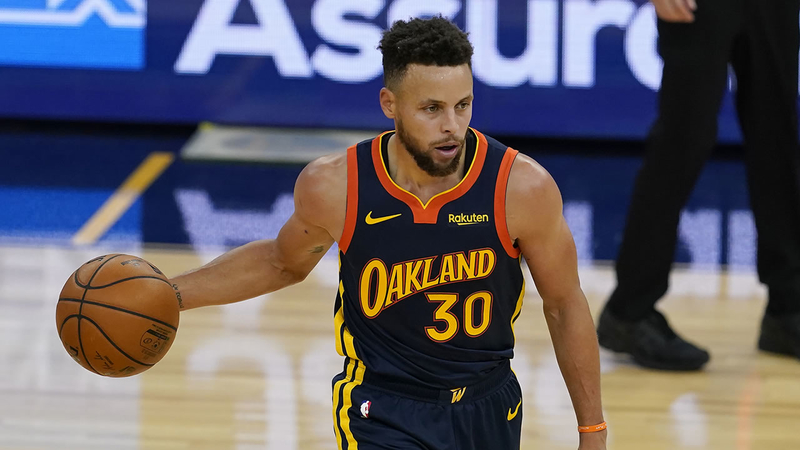 SAN FRANCISCO (KGO) -- One year ago this week, the NBA suspended their season on March 11, 2020 when Utah Jazz center Rudy Gobert tested positive for Coronavirus. That set off a domino effect of sports either postponing or canceling their seasons.

But before the news of the NBA suspending their season, the Golden State Warriors made headlines announcing they would be playing their game on March 12, 2020 at Chase Center with no fans.

"Because it's hitting home for us, it's affecting everybody directly now," said Warriors head coach Steve Kerr, just hours before the NBA season was suspended.

"Once the game starts and you see another team out there, it will be weird but I think we will be able to get into that flow fairly easily," added Warriors guard Stephen Curry on March 11, 2020.

.@StephenCurry30 discusses what it will be like to have an empty arena at #ChaseCenter when the #Warriors host the #Nets tomorrow night in SF. Much more tonight on ABC 7 News at 4, 5, 6, & 11.➡️https://t.co/7LTRoHwOyj #ABC7Now #Coronavirus #DubNation pic.twitter.com/iayhbFF1Pc

The Warriors would never play that game, and at a fast and furious pace, sports were shutting down, seemingly by the second. Later that night after the NBA decided to suspend their season, Dallas Mavericks owner Mark Cuban said, "This is something out of a movie, you just don't expect it in real life."

The following day, NBA commissioner Adam Silver, added, "But then the question becomes is there a protocol frankly, with or without fans, in which we can resume play," on March 12, 2020.

Fast forward one year later, sports are back. But those first moments in March 2020 will never be forgotten.

Earlier this week, I asked Oakland Athletics' manager Bob Melvin what he remembered most about those days when sports were shutting down, including baseball.

"Yeah it started with the Rudy Gobert incident, everybody was glued to that," said Melvin. "It started to sink in maybe this could filter to us and things just accelerated very quickly."

Wanna see something crazy? This was recorded a year ago. An absolute avalanche of cancellations. Amazing how much changed so quickly for all of us. pic.twitter.com/ZjNGpzLtdE

Stephen Curry who was just coming back from a broken hand and had just returned from injury days earlier, recalls the rapid pace at which news was coming in.

"Hearing you know, about what was going on in OKC," said Curry. "From there, everything seemed to be moving a million miles an hour in terms of updates."

One year ago today. I took this photo of an empty Chase Center just hours before the NBA suspended the season. Tonight at 6 on @abc7newsbayarea we’ll look back on that day & hear from Stephen Curry, Bob Melvin and Gabe Kapler. #ABC7Now pic.twitter.com/Hk45G09DtJ

The San Francisco Giants were in the middle of spring training, getting ready for the new season.

"Not long before we had named Johnny Cueto as our opening day starter and then everything changed," said Giants manager Gabe Kapler. "I think we've navigated it well as a club and as an organization and I still think there is a lot of work to do. We have to take the responsibility to stay healthy pretty seriously."

Curry and the Warriors are currently in the middle of a new season, that is unlike any in his entire career.