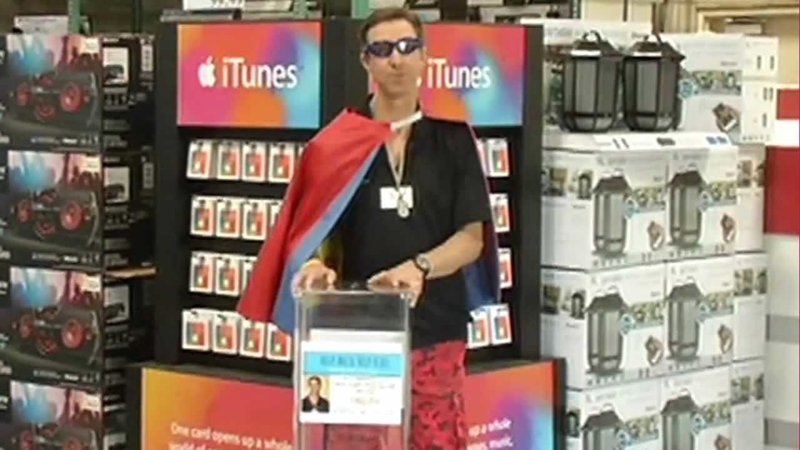 DANVILLE, Calif. (KGO) -- A Costco greeter who says he's "richer than Bill Gates" because of the emotional support he's received has launched the store's campaign for sick children.

Smith is sick himself - he has bone cancer and multiple sclerosis.

You wouldn't know it though from his superhero cape, flashy glasses and upbeat attitude.

He kicked off this fundraiser after customers raised money for him and decided to give all that money to the kids.

"What's happening is really a miracle, that all this attention is being brought to them," Smith said.