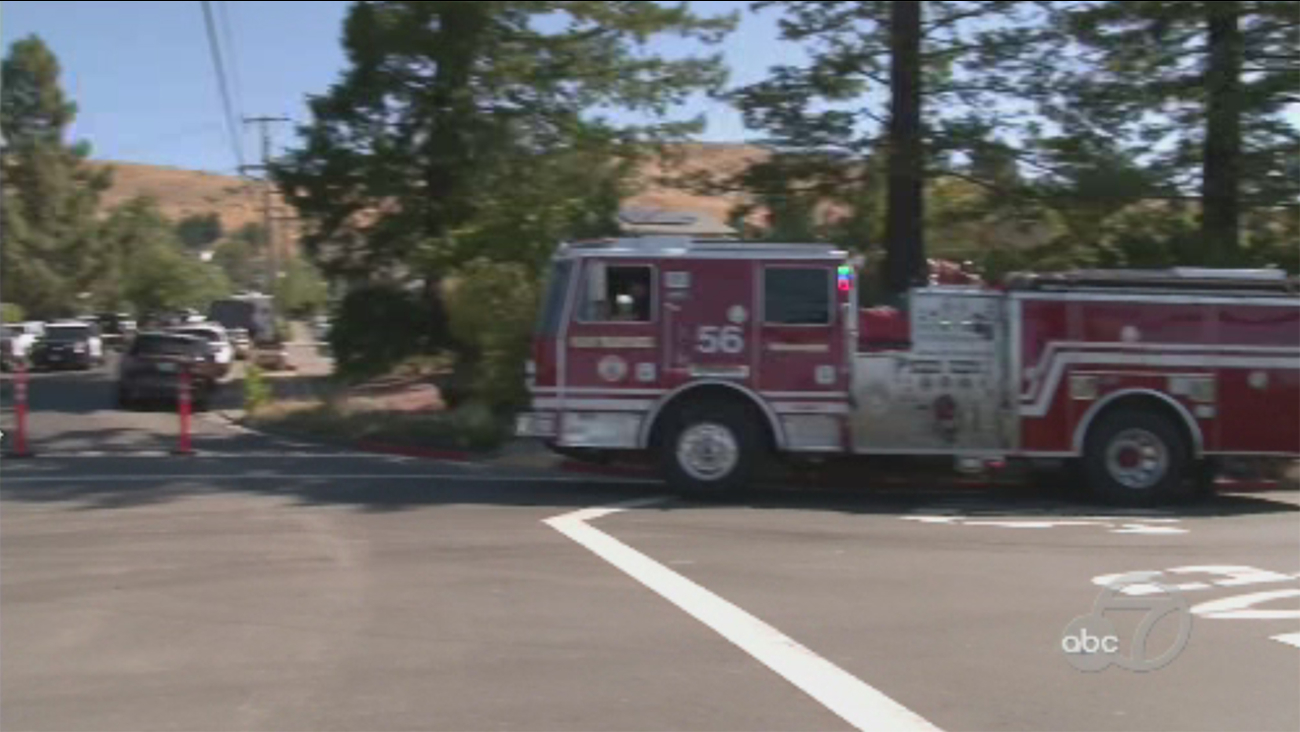 Firefighters at scene of shelter-in-place in San Rafael, California on Tuesday, July 24, 2018. (KGO-TV)

SAN RAFAEL, Calif. -- A man and a woman were found dead inside a residence in the Terra Linda area of San Rafael this morning, a police sergeant said.

A police dispatcher received a call at 8:21 a.m. from a male caller who said he just shot his wife and was ready to shoot himself, San Rafael police Sgt. Lisa Holton said.

Police responded and detained a man, who is a possible witness, outside of a residence in the 700 block of Penny Royal Lane, Holton said.

A crisis negotiation team tried to establish communication with anyone inside the residence before a regional SWAT team comprised of Novato and San Rafael police and the Marin County Sheriff's Office arrived, Holton said.

When the SWAT team did not make contact with the residents, a robot was sent inside. Police then found the man and woman dead and a firearm inside the residence, Holton said.

The incident prompted a shelter in place advisory by police. Police lifted the shelter order around 10:30 a.m.