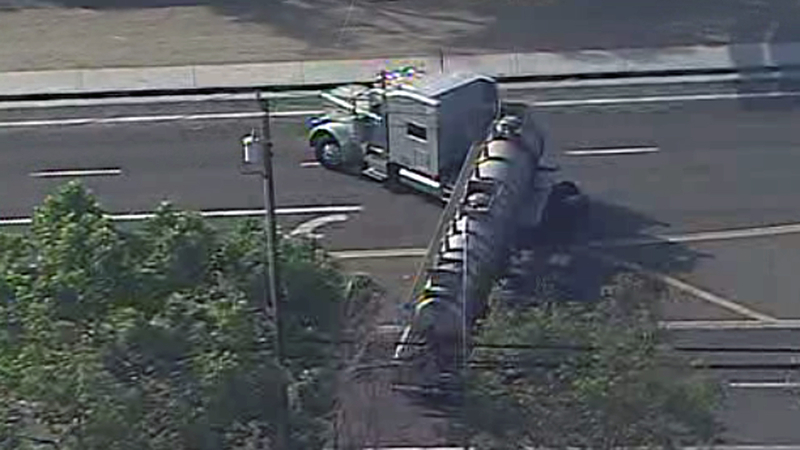 SAN JOSE (KGO) -- Streets in an industrial section of San Jose was shut down after a deadly accident involving a tanker and a motorcyclist. The tanker truck blocked streets around the intersection of Berryessa Road and Commercial Street.

Officials say preliminary evidence gives clues as to who may have been at fault.

"Anybody making a u-turn from a slow movement of traffic and crossing over to a fast lane of traffic is obviously putting other motorists at danger and that would be considered an illegal u-turn," said San Jose Police Lt. Paul Messier.

The driver of the truck stayed at the scene and is cooperating with investigators. At this time, authorities do not believe drugs or alcohol were a factor. Both drivers have not been identified.