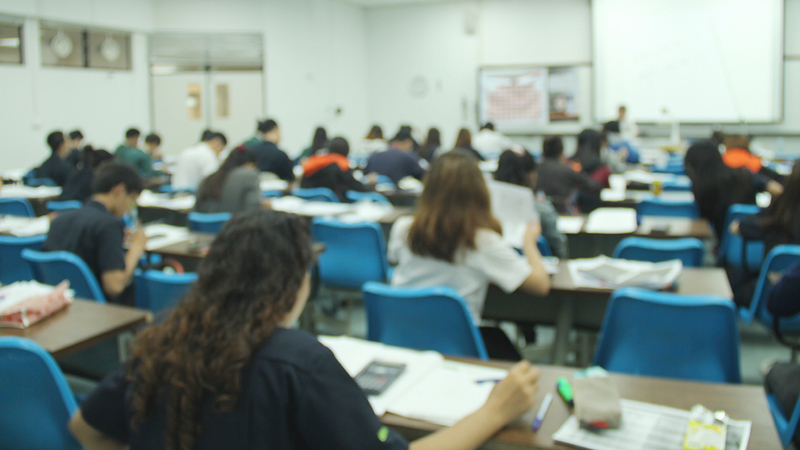 TALLAHASSEE, Fla. -- A new bill in Florida would ban public schools and private businesses from making people feel "discomfort" when being taught about racial discrimination in U.S. history.

It passed the state Senate Committee on Education on Jan. 18 with six yeas and three nays and will move on to debate among state senators.

According to the bill, an individual shouldn't be made to "feel discomfort, guilt, anguish, or any other form of psychological distress on account of his or her race, color, sex, or national origin."

The language mirrors many of the bills that have been introduced in roughly 32 states across the country that attempt to limit or restrict the teaching and discussion of racial history in the U.S.

Some educators have protested and argued against what they say are vague attacks on education and curriculum on racial oppression in the U.S.

"It would bring politics into the classroom, chill speech and leave our teachers afraid to teach basic concepts, like the idea that slavery is bad," Florida Education Association (FEA) President Andrew Spar said in a statement to ABC News.

He added, "The legislation's sponsor appeared to indicate Tuesday that, under his bill, a teacher can cover the three-fifths compromise, which in the 1800s said that a Black person would count as three-fifths of a White person, but cannot express the idea that it is morally wrong to classify people of a certain color as being less than others."

Some legislators in support of these bills, including Florida Gov. Rob DeSantis, have invoked critical race theory in their arguments, saying that lessons on the racial history of the United States can be "divisive."

Critical race theory is an academic concept about systemic racism. According to educators and theorists, the concept seeks to understand how racism has shaped U.S. laws and how those laws have continued to impact the lives of non-white people. They say these lessons are often taught in higher academia and not in K-12 classrooms.

Still, critical race theory in schools has become a target of Republican legislators in states across the country despite criticism from educational advocacy organizations like the FEA and the National Education Association (NEA).

"A great public school education also helps students prepare for their future by encouraging curiosity and critical thinking through art and music, math and science, and history and literature," NEA president Becky Pringle said in a statement. "But now some politicians not only in Florida but elsewhere around the country want to limit what history our kids can learn about and what books they can read.

This isn't the first time that Florida has targeted critical race theory or race education in schools.

In June 2021, Florida's state Board of Education banned the theory from public school classrooms in a move it says will guard children against lessons that could "distort historical events," citing critical race theory as an example.

DeSantis has urged board members to adopt the regulation in front of state senators.

"Nobody wants this crap, OK? This is an elite-driven phenomenon being driven by bureaucratic elites, elites in universities and elites in corporate America and they're trying to shove it down the throats of the American people. You're not doing that in the state of Florida," DeSantis said at an event in Wildwood, Florida, in December 2021.

That same month, DeSantis announced the Stop the Wrongs to Our Kids and Employees Act, a legislative proposal that his office said "will give businesses, employees, children and families tools to fight back against woke indoctrination" from "corporate wokeness and Critical Race Theory."

Some legislators and educators, however, say this is an attack on teachers' ability to discuss America's history with students.

"Students deserve the best education we can provide, and that means giving them a true picture of their world and our shared history as Americans. Hiding facts doesn't change them," Spar said in a June statement against this kind of legislation. "Give kids the whole truth and equip them to make up their own minds and think for themselves."