Kaitlin Armstrong is wanted for the shooting of Anna Moriah Wilson, who had previously dated her boyfriend Colin Strickland.
CNNWire
By Elizabeth Wolfe and Hannah Sarisohn, CNN Father of Texas yoga instructor wanted for murder speaks out

AUSTIN, Texas -- The father of Kaitlin Marie Armstrong, the woman suspected of killing 25-year-old elite cyclist Anna Moriah "Mo" Wilson, said he does not believe his daughter is capable of such violence.

"I know her. I know how she thinks, and I know what she believes. And I know that she just would not do something like this," Michael Armstrong told "Good Morning America" in an interview that aired Tuesday.

"I know that she did not do this. There are a lot of unanswered questions," he added.

Armstrong, 34, is an Austin, Texas-based realtor and yoga teacher -- and now a fugitive. She is wanted for the May 11 shooting of Wilson, who had previously dated Armstrong's boyfriend, in what investigators believe may have been a violent act of romantic jealousy.

The search is on for a Texas yoga instructor who police say killed a professional cyclist she thought had a secret relationship with her boyfriend.

On the night of her killing, Wilson was staying at a friend's house in Austin in preparation for a race, according to a May 19 arrest affidavit filed by police in Travis County District Court. Austin police responded to the home shortly before 10 p.m. to find Wilson suffering from gunshot wounds, according to Austin Police.

Investigators are poring over details to piece together what happened. Video surveillance footage shows a vehicle similar to Armstrong's near the scene of the crime, according to the affidavit.

US Marshals are on the hunt for Armstrong, who has not been seen or heard from since the week of Wilson's killing, according to the affidavit. Officials are urging the public to come forward with any information about where she is. 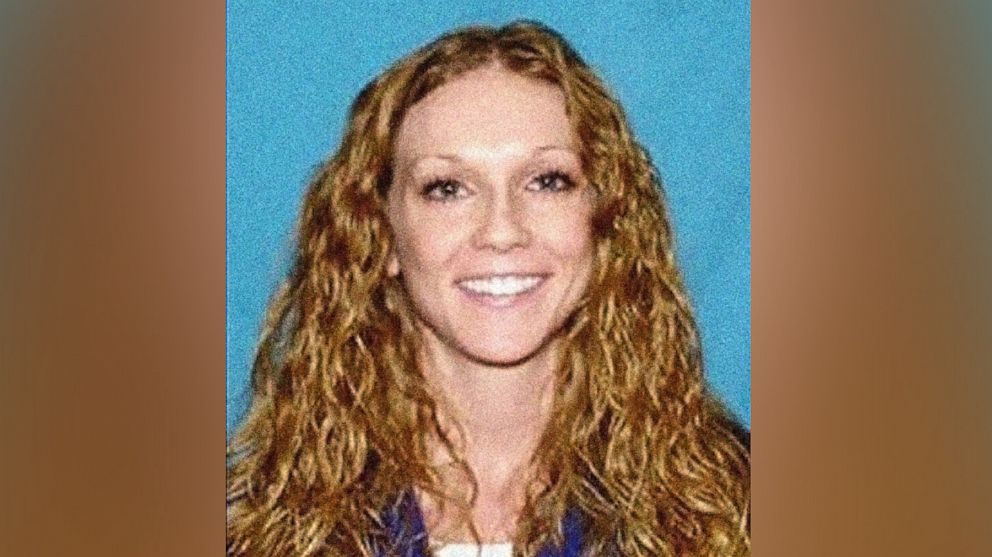 Here is what we know about the investigation into Wilson's death.

Wilson was a rising star in a discipline called gravel racing, a burgeoning hybrid of road cycling and mountain biking.

She had traveled to Texas to compete in the Gravel Locos race in Hico, about two and a half hours north of Austin, where she was staying with a friend, according to the affidavit.

On the afternoon of May 11, Wilson went swimming with fellow cyclist Colin Strickland, 35, a detail Strickland later confirmed with police, according to the affidavit. Investigators determined Wilson had previously been in a romantic relationship with Strickland while he and Armstrong were briefly separated.

Strickland told investigators that after they swam, he and Wilson got dinner and he then dropped her off at her friend's home. He said he did not go inside, the affidavit shows.

Authorities later identified Armstrong, who was dating and living with Strickland, as the main suspect in Wilson's death.

In the 24 hours following Wilson's killing, officers from the Lone Star Fugitive Task Force took Armstrong into custody on an unrelated warrant and police interviewed her. Officers learned during the interview that the warrant was not valid and told Armstrong she was free to leave, the affidavit says.

Armstrong asked to end the interview and left after detectives began confronting her about the security camera video that appeared to place her vehicle near the Wilson murder scene, the affidavit states.

Strickland told investigators he has not spoken to Armstrong since May 13, per the affidavit, and a detective found she had deleted her Instagram account in the days after the killing.

What video and ballistic evidence reveal

Investigators detailed several points of evidence in the affidavit for Armstrong's arrest. Surveillance footage obtained by multiple law enforcement agencies allowed investigators to piece together a series of events leading up to Wilson's death, the affidavit says.

"Video surveillance shows Strickland leaving the area after dropping off Wilson and shows Armstrong's vehicle arriving to [the] residence where Wilson was staying," the affidavit states.

Strickland told investigators he bought a handgun for Armstrong between December and January, which officers were able to obtain with a search warrant, the affidavit says.

A comparison of test-fired shell cartridges from the handgun and shell casings found next to Wilson's body showed "significant" potential "that the same firearm was involved," according to the affidavit.

Austin police issued a warrant for Armstrong's arrest on May 17.

Wilson's past relationship with the suspect's boyfriend

Strickland told investigators he and Armstrong have been dating for three years, but that they briefly separated in October, the affidavit says.

During that time, Strickland said, he had a romantic relationship with Wilson before he and Armstrong ultimately got back together. Strickland said he continued to communicate with Wilson and admitted to taking measures to hide their conversations from Armstrong by changing Wilson's name in his phone and deleting texts, the affidavit says.

After Armstrong and Strickland began dating again, Armstrong contacted Wilson several times and in one instance told her to "stay away" from Strickland, one of Wilson's friends told investigators, per the affidavit.

The same friend told investigators Wilson and Strickland had an "on again, off again" relationship, though Strickland denied this in a statement to the Austin American-Statesman.

NEW: Austin professional cyclist Colin Strickland has just released a statement about the murder of cyclist Moriah Wilson, clarifying his relationship with her and expressing “torture about my proximity to this horrible crime.” pic.twitter.com/KnIna3mWrE

He told the paper he and Wilson had a "brief romantic relationship" while he and Armstrong were separated and said his relationship with Wilson after that was "only a platonic and professional one."

"Moriah and I were both leaders in this lonely, niche sport of Cycling, and I admired her greatly and considered her a close friend," he said in the statement. "I am deeply grieving her loss."

Wilson's family released a statement saying she was not in a romantic relationship at the time of her death.

"While we will not elaborate about the ongoing investigation, we do feel it's important to clarify that at the time of her death, those closest to her clearly understood, directly from Moriah, that she was not in a romantic relationship with anyone," the statement said.

Her family, who has started a GoFundMe fundraiser, described Wilson as a "talented, kind, and caring young woman" who "wanted to empower young women athletes, encourage people of all walks of life to find joy and meaning through sport and community, and inspire all to chase their dreams."