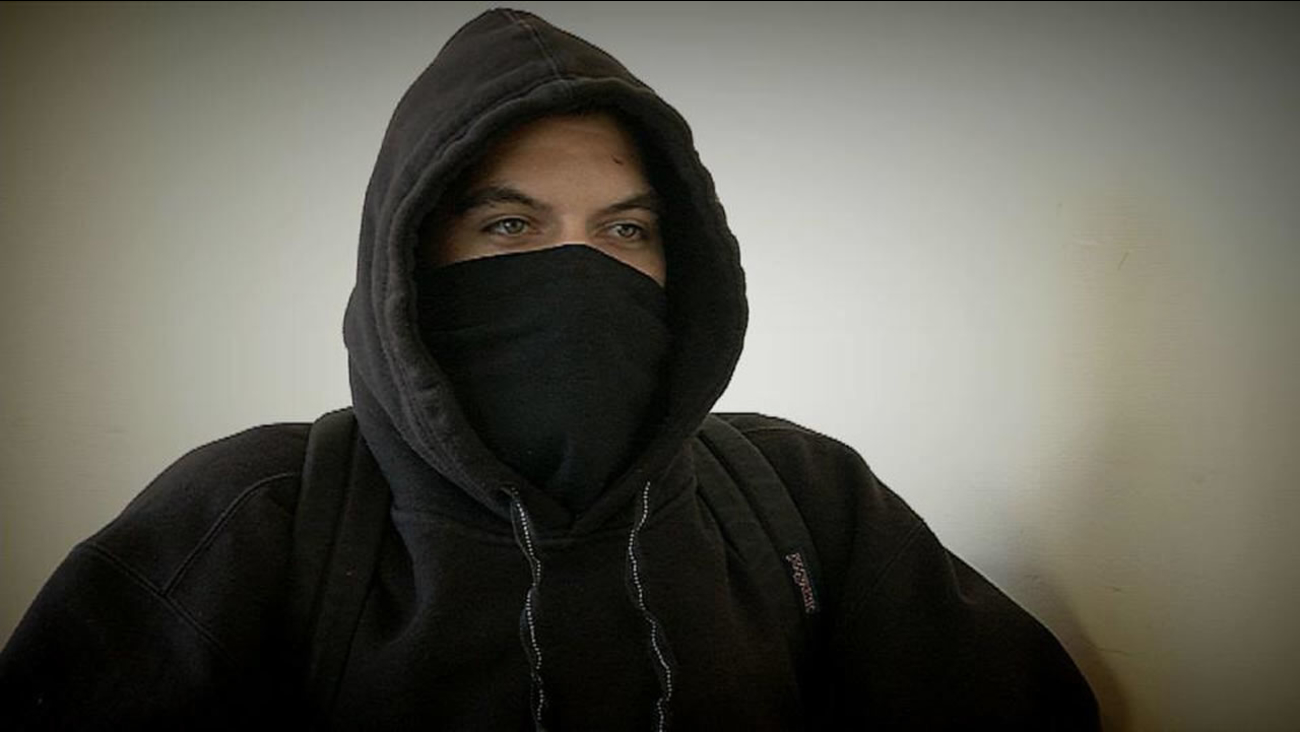 A college student who describes himself as an anarchist agreed to show the ABC7 News I-Team how he uses the darknet to purchase drugs.

SAN FRANCISCO (KGO) -- Whether you're concerned about violence at the workplace or in schools, about the use of dangerous drugs by children, or your credit card number getting into the wrong hands, you'll want to see what Dan Noyes and the ABC7 News I-Team found on the darknet. It was a story that hit close to home after Noyes' own son said his friend was able to access the darknet at school and find information on buying guns and how to hire a hit man.

A college student who describes himself as an anarchist who has attended protests against government corruption agreed to show the I-Team how he uses the darknet. He launched a special program to log on anonymously and pulled up his purchase history for psychedelic drugs -- LSD and DMT. He bought them several times using the digital currency bitcoin. The drugs arrived by mail.

The student, who wished to remain anonymous, says the darknet is freedom.

"It's pretty much like Amazon for contraband," he said. "If there's something I want and I can't get it on the street, which is, I try not to because it's really dangerous to get stuff from the street." 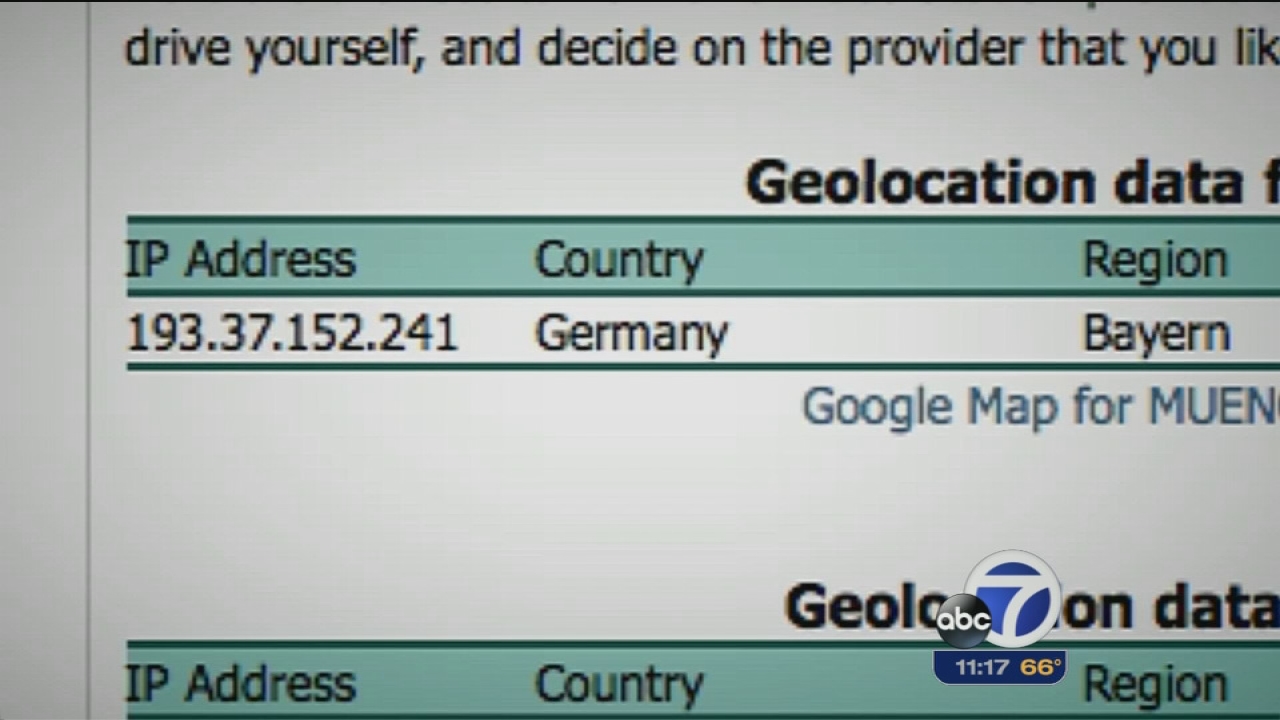 I-Team: Understanding TOR and the darknet
The dozens of marketplaces on the darknet have all sorts of drugs -- illegal ones and others that usually require a prescription -- and guns like an AK-47 for $2,200.

The dozens of marketplaces on the darknet have all sorts of drugs -- illegal ones and others that usually require a prescription -- and guns like an AK-47 for $2,200, no background check required.

The college student defends most of it, but not the exploitation of children found on the darknet.

Dan Noyes: "This is like the Wild West."
Todd Shipley: "Well, it's always been equated to that. The Wild West at least had guns and there was a sheriff. The problem is there's nobody supervising anything that's going on out there. There is no Lone Ranger running out there and protecting people."

Todd Shipley is a cybercrime consultant who allowed the I-Team unprecedented access to a seminar for law enforcement about the darknet.

"We've got to get them in a position where they're going to reveal who they are," Shipley explained in the seminar.

Federal authorities have made some arrests involving the darknet over the past year:

A Florida teen was picked up in January for selling a deadly poison to undercover agents he met on a dark net marketplace,

Dan Noyes: "Silk Road is back up?"
Todd Shipley: "Yeah, it came back up like within two weeks."

Shipley says local police are having a hard time understanding the darknet technology and finding time to monitor all the activity.

"And that ends up being the problem because law enforcement has so many other things to do, that spending that amount of time is very difficult," Shipley said.

A key to making the darknet possible is a program built by the government, so the I-Team went to the Naval Research Laboratory in Washington, D.C. to meet one of the founders of TOR.

Tor stands for "The Onion Router." The free program that allows anyone to go on line anonymously has been downloaded 120 million times in just the past year.

"Overall, it's two steps forward, one step back, but it's been growing steadily," Naval Research Laboratory mathematician Paul Syverson said.

In his first television interview, Syverson explained that he and two colleagues designed tor for a military application.

"Suppose somebody is in a hotel somewhere and they need to communicate back to their home base and they don't necessarily want the local ISP to know who they work for," he said. 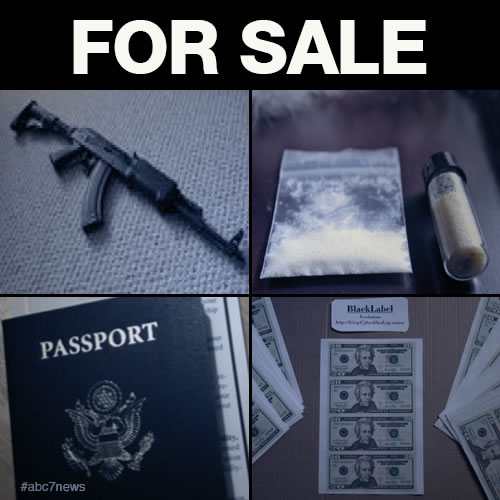 Five-thousand people around the world have volunteered their computers to act as relays in the TOR network. When you log on, the program randomly chooses three of them.

"And it uses cryptography, so as the communication moves along it's changing its appearance and the idea is there is no single point that can see both where the communication started and where it ends," Syverson said.

In one of the I-Team's sessions, TOR showed that the last computer in our chain was in Germany - there was no way to trace us back to the Bay Area.

Syverson and his team realized early on that tor had to be open source -- that anyone can look at the computer code and use it freely.

"If you make a network that's just for the Navy or even just for the government, then anything popping out of it is known to be coming from the Navy, anything going in is going to the Navy," Syverson said. "And if that's a property you're trying to protect, you fail."

The technology is being used in many ways, including against the interests of the U.S. government. Former CIA employee Edward Snowden used TOR to leak thousands of pages of classified documents. Still, the state department remains one of the major sponsors of the TOR Project, the non-profit in Boston that now oversees the program.

"One of our funders is the State Department and they're all about democracy and human rights, and training labor activists and training democracy activists on how to get online safely," TOR Project Executive Director Andrew Lewman said.

For example, the Iranian opposition used tor to upload video of an innocent women who was shot and killed during the 2009 election protests, sparking international outrage. Lewman says he and his staff are now involved in an arms race with several countries -- Iran, China, Syria, Kazakhstan and others.

"They've all rolled out ways to try to investigate TOR and block TOR, or at least try to discover who's using TOR when, and we have a team of researchers who think about these things all day long," Lewman said.

The State Department funds TOR, but the Department of Homeland Security is trying to catch those who use it to break the law. Officials at DHS declined to be interviewed, saying in an email, "These investigations are new territory and we don't want to give too much info away to the bad guys."