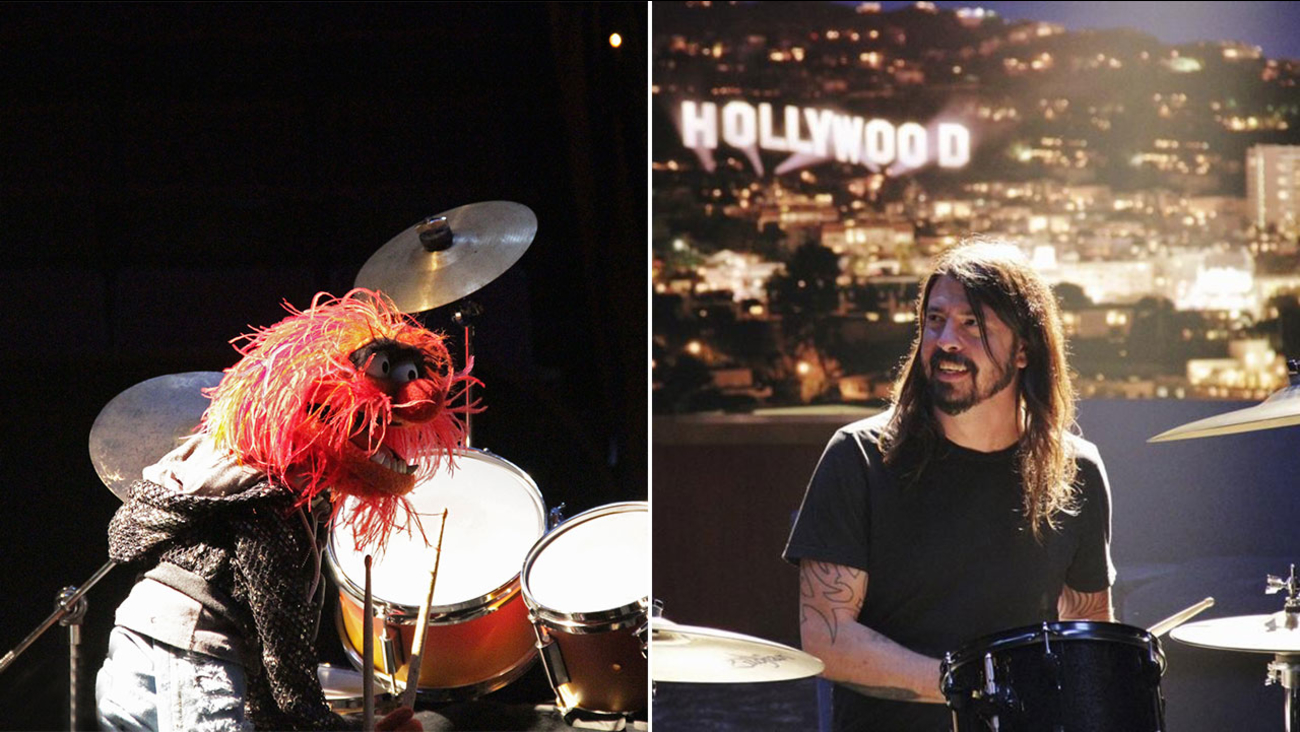 Animal of the band Dr. Teeth and The Electric Mayhem from ''The Muppets'' faced off against the Foo Fighters' Dave Grohl in an epic drum battle. (ABC Television Network)

Who would win in a drum battle between Animal and Dave Grohl? It has been a point of contention in the Muppet-loving segment of the drum battle community for some time, and now we finally have an answer. Maybe.

On Tuesday night's episode of ABC's The Muppets, Foo Fighters frontman Dave Grohl and Animal of the band Dr. Teeth and the Electric Mayhem set out to settle once and for all who has madder drum skills. After a fierce minute of some serious musicianship (and just plain showing off), both Grohl and Animal kicked their drum sets away. Exhausted, they both conceded.

Fans didn't necessarily agree on the superior drummer, but they did agree that the battle was one for the ages.

@TheMuppets this was AMAZING #TheMuppets David Grohl is soooo lucky!! He jammed with Animal!!

@TheMuppets what a time to be alive.

As if the episode wasn't star-studded enough, Joseph Gordon-Levitt made an appearance, performing a duet of "Fly Me to the Moon" with Miss Piggy.