Dave Kaval tweets from a Las Vegas hockey game on Monday night during his team's game back home, as several fans read the tweet as tone deaf.

OAKLAND, Calif. (KGO) -- It's either a bluff to get the city of Oakland to play ball, or a real threat to leave.

The Oakland A's are starting to shop around for other cities to call home.

Officials in Portland confirm to ABC7 News that the A's top executives, including the owner, president and vice president, are making the trip up north reportedly sometime next month.

The tweet has gained plenty of local attention as the team's location drama continues.

Fans called out Kaval throughout the night about the post.

Kaval also has a pinned tweet explaining how the A's are exploring their options to seek out a more definitive future for the team.

"The time is here for a decision on our future, and it is unclear to us and the MLB whether there is a path to success for the A's in Oakland," Kavals statement said. 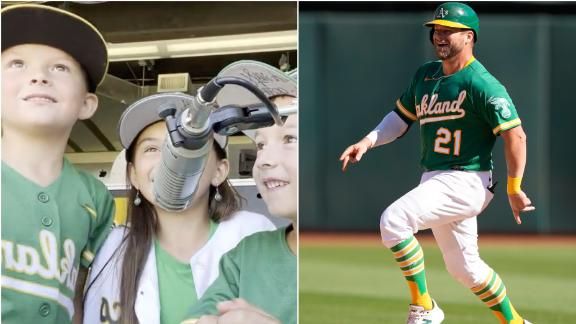 Angels try to avoid series sweep against the Athletics 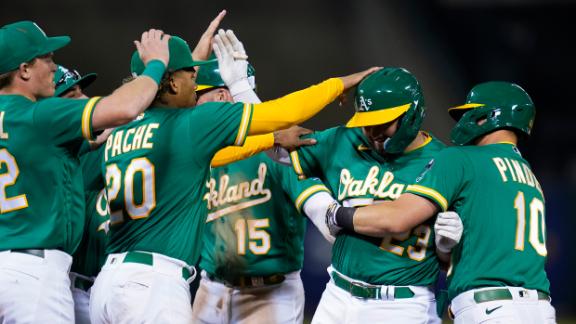