The ceremony took place with one empty chair in honor of David Nguyen.
KGO 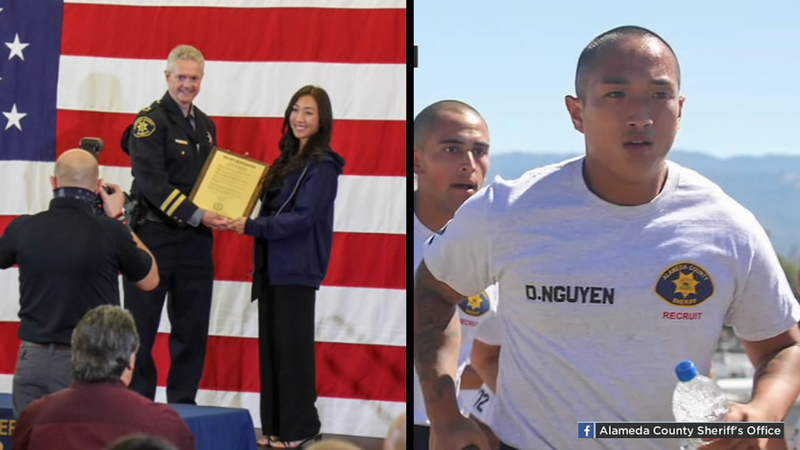 DUBLIN, Calif. (KGO) -- It was a bittersweet celebration in Dublin Friday, as Alameda County Sheriff's recruits graduated in the 172nd class of the regional law enforcement training academy.

The ceremony took place with one chair empty, in honor of 28-year-old David Nguyen, who was fatally shot on Interstate 580 in Oakland one month ago today.

Barbara Nguyen accepted a proclamation and honorary diploma on her brother's behalf.

Speakers paid tribute to David Nguyen, and expressed pride over the unity showed by his fellow recruits after his death.

They also spoke of the significance of their future in law enforcement.

"You're each now part of a family of others, who like you, have pledged to never betray their integrity, their character or the public's trust," Chief Gina Anderson said.

In all, 18 Alameda County Sheriff's recruits graduated from the academy, as did 30 recruits from 13 other agencies.