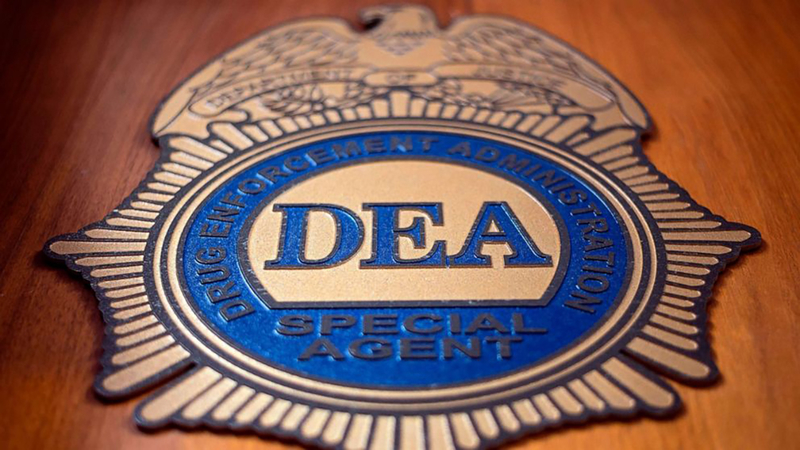 Authorities are working to crack down on an impostor phone scam in which the caller pretends to be a DEA agent and then tries to steal the victim's money -- often by having them purchase gift cards.

Phone scams in general are on the rise, with the number of reported scams nearly doubling between 2019 and 2020, according to the latest numbers from the Federal Trade Commission. Half a million reports were filed last year alone, with losses totaling over 1 billion dollars.

ABC News has been tracking new scam alerts sent out by the FBI, IRS and DEA in cities across the country including Boston, Houston, San Francisco, and Spokane, Washington, where officials report seeing an increase in scams in which would-be thieves identify themselves as officers, claim that the target has been found to be associated with a crime, and then demand that they pay them or else face charges.

The Drug Enforcement Administration recently issued a warning about a "widespread fraud scheme" in which the caller purports to be a DEA agent in an attempt to extort money.

According to DEA Special Agent James Pokryfke, the scam begins with the would-be thief informing the target that their name and social security number was used to rent a vehicle that was subsequently found at the southern border between the United States and Mexico, along with evidence of drugs and money laundering.

"The fake DEA agent will convince people to turn over money in a couple different ways. One is to avoid prosecution," said Pokryfke. That option often includes paying a fine, he said.

The other option is to offer the target a way to secure their money using the threat of a frozen bank account.

When Terri Tuson's phone rang last July, she says she was told her social security number had been used to rent a car that was found in Texas, along the border, with drugs in the car. The scammers told her they were going to freeze her bank accounts unless she withdrew her money and transferred it to gift cards.

"I was scared because I didn't know if it was actually going to happen or not," said Tuson, who works as a housekeeper at a hospital in Illinois.

At the time, she had $2,800 in her one account. She says she withdrew it all, following the scammer's direction, and went to a drug store and grocery store, where she purchased eBay and Best Buy gift cards.

"They told me they'll open up another account for me to put my money into, send a sheriff out to my house, and give me all that information so I can have my money back. It never happened," said Tuson.

ABC News spoke with several other victims of the same scam, whose losses ranged from $200 to over $450,000.

The DEA directed questions about a possible investigation into this specific scam to the FBI, which declined to comment on the status of an investigation.

In an audio recording provided to ABC News by the DEA, a scammer is heard trying his best to convince a target he's a legitimate DEA agent -- even texting a photo of a fake federal badge.

The scammer was unaware that his target had conferenced in a real DEA agent, Pokryfke, who told the scammer what he was doing was criminal and subject to investigation.

"The DEA will never call you and threaten you with arrest unless you make payment," Pokryfke told ABC News. "And they will never ask you to give them money to keep it secure."

YouTube star "Pierogi," a pseudonym used to protect his real identity, has gained celebrity fame by "scamming the scammers." Videos of his conversations with phone scammers show Pierogi -- who has a background in cybersecurity and IT -- playing a range of characters from a widowed grandmother to a college student.

"I'm on the phone every day with scammers and I hear victims in the background going to get gift cards and giving their money to these guys," Pierogi told ABC News. He said the helpless feeling of not being able to assist the victims brings him to tears.

Pierogi, whose videos have been viewed more than 60 million times since he launched his channel in 2019, said the scammers don't just target the elderly.

Pierogi said that scammers use gift cards as a preferred method of payment because they have a very quick turnaround. "The scammers have Facebook groups where people will either tie up gift cards or they'll take them as currency," he said.

"Sometimes they're selling them on a secondary market, or they use them for themselves," said Vaca. "Once you've read those numbers on the gift card [to the scammer], they will be able to access those funds," she said.

According to the FTC, gift cards were the most common payment method by those who reported being victimized by the DEA scam in the past year, with a median loss of $850 per victim. The FTC said that the most popular gift cards requested by scammers include eBay, Google Play and iTunes cards.

FTC officials said they have been working with retailers to post visible signage in the gift card sections of stores as part of a public awareness campaign called "Hang Up on Gift Card Scams" that seeks to warn gift card purchasers about possible phone scams.

"We do hear from consumers that in many instances, it is these store clerks that intervene and stop them from sending money" when the targets of the scam go to purchase the cards, Vaca said.

Among those participating in the awareness campaign is the world's largest retailer, Walmart.

A Walmart spokesperson confirmed to ABC News that warning signs have been posted in Walmart stores across the United States. The company also confirmed that store associates have been trained in how best to identify red flags regarding potential fraud scams.