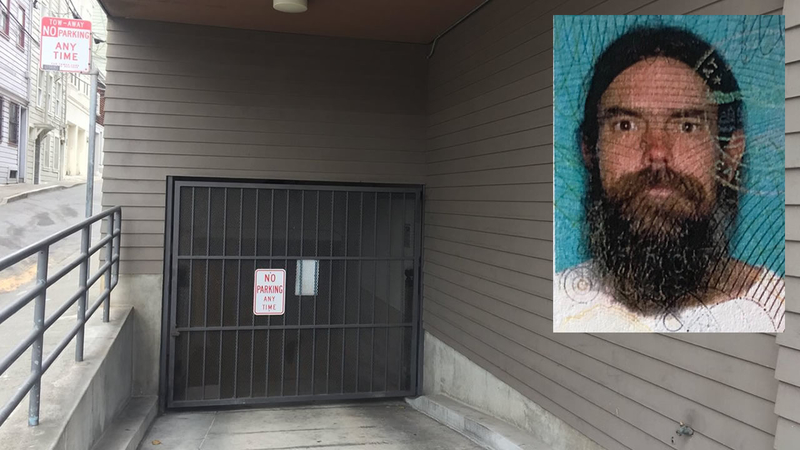 SAN FRANCISCO (KGO) -- San Francisco police are investigating a tragic fatal accident in which a car ran over a man in a North Beach parking garage. People who knew him tell ABC7 News he was homeless and may have been sleeping in the garage.

"It's just kind of a testament to the need for all of us to assist with people getting them off the streets and into shelter that they need," said Kristie Fairchild, executive director of North Beach Citizens, a local group that addresses homelessness.

Fairchild stopped by 725 Greenwich Street after hearing that someone hit a man who may have been sleeping inside this garage. He was pronounced dead at the scene.

"It's really sad because we knew him, he was a good person," said Tiffany Kim, North Beach Citizens operations and program manager.

#JustIn #SanFrancisco Medical Examiner IDs man stuck in North Beach driveway this am as 48-year-old Jonathan Jones, no fixed address. Jones has not been examined yet per ME so unclear if he passed as a result of being run over pic.twitter.com/ZYoTtwTFEY

"He stops in sometimes to get his mail or see if we have a copy of his ID," said Kim.

San Francisco police say the driver who hit Jones stayed on the scene and is cooperating with police.

Police say they do not yet know whether the collision caused Jones' death. Right now, the driver isn't facing any charges.

"We don't know what the condition of the male was prior to the traffic collision," said Officer Robert Rueca, San Francisco Police Department spokesperson.

The building houses several architecture, design and law offices. Off camera, one employee said the garage is dark inside.

"We have to do a better job as a city in providing the resources but also we have to make sure that people know the option to sleep on the streets is not an option, especially if we have an alternative," said Mayor Breed.

Kim says Jones was born in Massachusetts. The San Francico Medical Examiner's Office said he had no known fixed address.

This is 48-year-old Jonathan Jones. Women with North Beach Citizens which addresses homelessness shared his ID pic w/ ABC7. He was hit in a North Beach garage this am and died. They say he may have been sleeping here. “It’s really sad because we knew him, he was a good person.” pic.twitter.com/1fTp5hCA6T