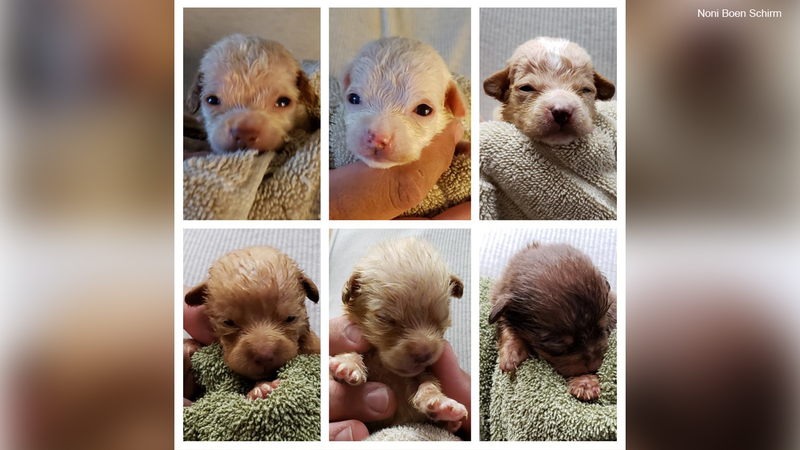 COACHELLA, Calif. -- In a new photo released Monday, the surviving puppies that were tossed into a dumpster in Coachella earlier this month appear as healthy as ever and have opened their eyes.

Six of the seven puppies found are doing well, thanks to a foster volunteer who is nursing them.

Coachella puppy tossed in dumpster dies: 'He was just so weak and held on for as long as he could'
EMBED More News Videos

A 54-year-old woman has been released on bail after being arrested on suspicion of leaving a bag of seven newborn puppies in a dumpster.

"The woman who has graciously dedicated many hours and a fair amount of her own money toward these abandoned puppies is doing a great job," said Animal Services Director Allan Drusys.

Deborah Culwell was arrested and charged with animal cruelty after dumping the newborn pups. Nearly 40 other dogs were rescued from her home after her arrest.

Images show filthy conditions inside the home of Deborah Sue Culwell, who is accused of dumping seven newborn puppies into a dumpster.

All dogs have officially been relinquished to Riverside County Animal Services, according to a press release out Monday. Culwell recently admitted that the dumped puppies were actually from two separate litters.

At this point, reintroducing the two females with the litters is not planned, Drusys said.