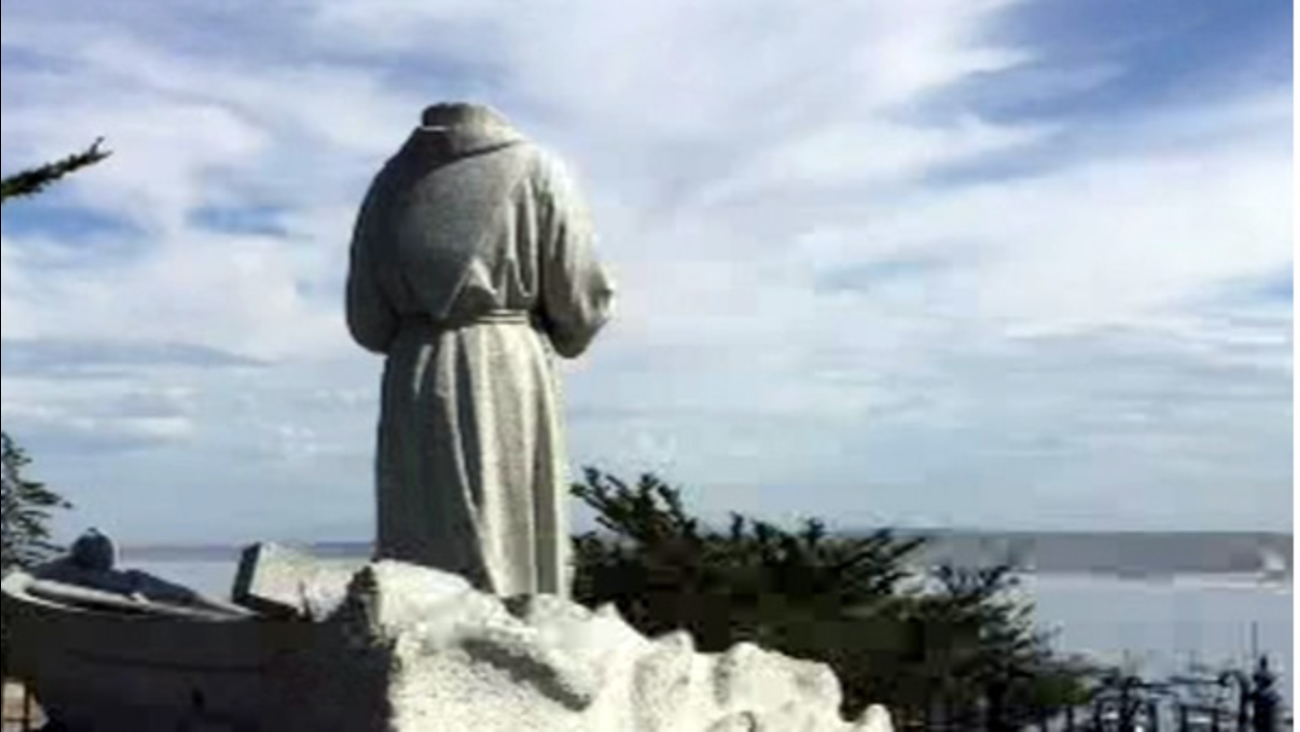 The Juniper Serra statue is seen after being decapitated in Monterey, Calif. on Saturday, April 2, 2016.

MONTEREY, Calif. -- Police say a young girl named Sydney Martindale found the decapitated head of a Junipero Serra statue during a low tide off the coast of Monterey on Saturday.

Officers responded at about 3:30 p.m. to a report of the statue's head being found, said Monterey police Sgt. Mickey Roobash. 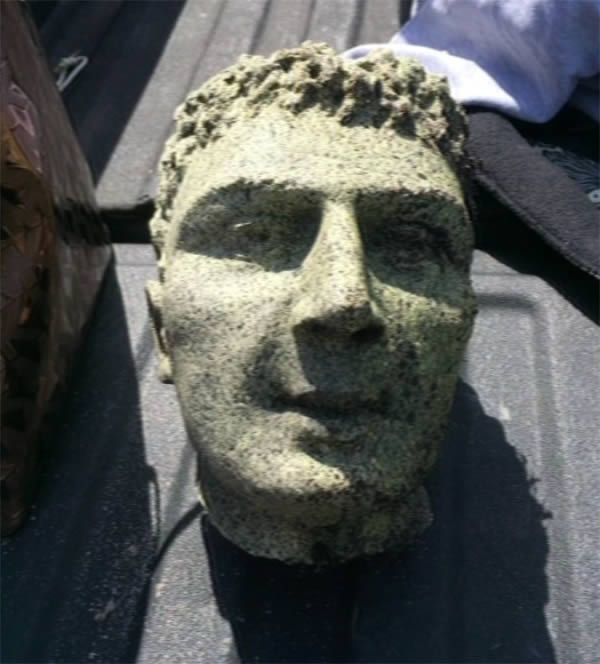 Roobash said the girl was wading in the shallow water near the Coast Guard Pier when she spotted the stone head.

The head of the Roman Catholic missionary was lobbed off a statue in the lower Presidio of Monterey in October 2015, Roobash said, following

He said it was found "virtually across the street" from the entrance to the Presidio where the statue stands.

The incident followed another act of vandalism against a Serra statue at San Carlos Borromeo de Carmelo Mission at 3080 Rio Road in Carmel by-the-Sea on Sept. 26 or 27, according to police.

In November, Santa Cruz police officers responded to a report of vandalism to a Serra statue at Santa Cruz Mission, located on School Street between High and Mission streets. Police said the vandals splattered red paint on the mission's front wooden doors and spray-painted a side wall with the message, "Serra St. of Genocide."

Several Native American groups had protested the canonization of Serra, who they said killed and enslaved thousands of indigenous Americans during the founding of California's missions.

The statue head from Monterey is currently being held as evidence, Roobash said. No suspects have been identified, but officers are investigating the incident.