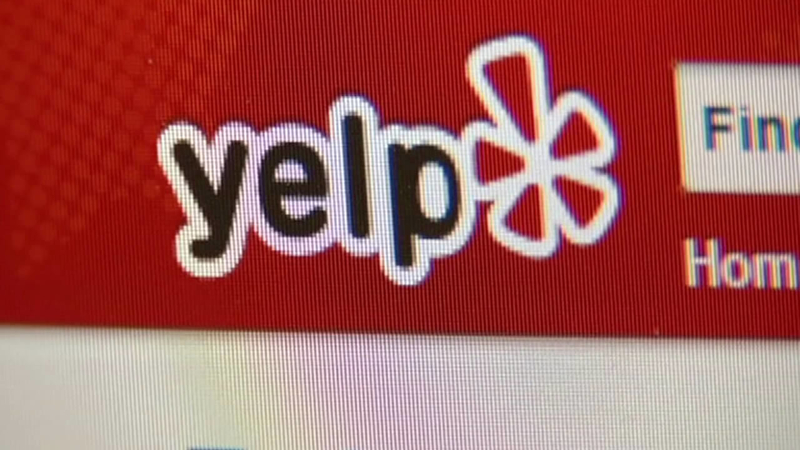 SAN FRANCISCO (KGO) -- The trailer for a new documentary called Billion Dollar Bully has caught the attention of Wall Street. After posting a two minute trailer online, Yelp's stock closed down more than four percent Thursday and half a percent Monday.

The owners say they're getting punished with negative reviews. "I've been managing properties since I could push a lawn mower," Property manager David Behling said.

The wall behind his desk is covered with accolades and the Better Business Bureau endorses him, but online Behling's reputation has a different slant. "Definitely the worst property management company I've encountered," he said. "Another clueless incompetent, another unethical, dishonest."

Those comments were posted more than five years ago, yet they top his Yelp page and the five-star review from last month is gone. "I've lost business because of it," Behling said.

Behling says Yelp is practicing extortion and he's speaking out about it in a new documentary called Billion Dollar Bully.

Milliken says she's found evidence that when companies refuse to pay Yelp for advertising, their Yelp ratings suffer. "I want the business owners to have a voice because right now they don't and I want them to feel some sort of vindication for what they've gone through," she said.


"They call a couple of times and nicely we told them no because we don't have the budget, I tell you about six or seven hours later, three or four of my good reviews were gone and two other one star reviews appear," Botto Bistro owner Davide Cerretini said.

Some industry insiders attribute the drop in Yelp's stock this week to the documentary's allegations.

Yelp released this statement saying, "There is no merit to the claims they appear to highlight, which have been repeatedly dismissed by courts of law, investigated by government regulators, including the FTC and disproven by academic study.

"If they don't have anything to hide, then sure they shouldn't be worried about what comes out in the documentary," Milliken said.

Milliken needs $60,000 to complete the film. And as of this Friday, her Kickstarter campaign has more than $20,000 in backing.
Related topics:
businesssan franciscowall streetentertainmentmoviestocksyelptechnologykickstarter
Copyright © 2021 KGO-TV. All Rights Reserved.
More Videos
From CNN Newsource affiliates
TOP STORIES