'We will not open until Disney does': Worries among Anaheim business owners heightened by Disney layoffs 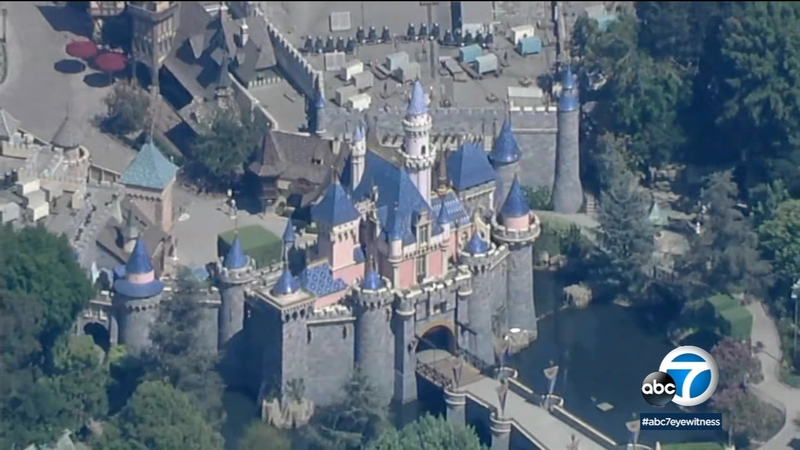 ANAHEIM, Calif. -- Closed stores throughout Anaheim have been clear indicators of the devastating impact on the local economy during the ongoing closure of the Disneyland Resort because of the COVID-19 pandemic.

Business owners in the area were further worried by Disney's announcement that it will lay off about 28,000 employees in its Parks, Experiences and Products division.

Subway restaurant owner, Rick Cerney, is one of the few still hanging in there at a strip mall less than a mile from Disney's theme parks. He said his shop, which relies on the park's tourism, has been operating at a loss.

The Desert Palms Hotel and Suites has been empty since mid-March, according to General Manager Fred Brown, down from 80 employees to three.

"We will not open until Disney does open," Brown said.

The general manager says nearly three quarters of his business comes from the Anaheim theme parks.

Disney announced Tuesday it will lay off about 28,000 employees in its Parks, Experiences and Products division.

"I really wish that the governor would give guidelines for theme parks so that we can at least start working on a plan to know what we have to do to get open," Brown said.

The co-president of Unite Here Local 11, Ada Briceño, said it is crucial for Gov. Gavin Newsom to sign AB 3216, which guarantees priority to experienced employees in the hospitality industry when the crisis subsides and people are called back to work. However, Newsom vetoed that bill, saying it was too broad and hard on employers.

About a dozen Disney cast members joined a caravan to Sacramento on Wednesday to ask Newsom to sign the bill.

"It's crucial for our communities that dishwashers and cooks and room attendants, who have been deeply impacted by this pandemic already, can go back to their industry where they've dedicated so much of their time to," Briceño said.

Disneyland officials are urging California to allow visitors to safely return to the theme park and California Adventure.

Briceño said the union still needs to sit down with the company to bargain healthcare and recall rights.

According to Anaheim's Director of Communications, Mike Lyster, the number of unemployed residents in the city of Anaheim is currently at about 20,000.