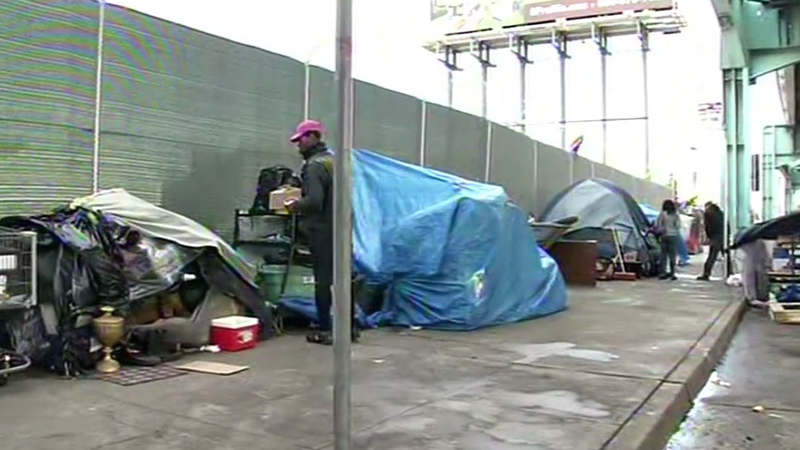 SAN FRANCISCO (KGO) -- There was an order issued by the San Francisco Health Department for people to clear out of a homeless encampment on Division Street by 5 p.m. Friday. Authorities say the tent city is unsanitary.

At the time of the deadline, ABC7 News crews observed many people slowly packing up their tents and belongings, but there were still a number of homeless people there. When it comes to the homeless in San Francisco, nothing is easy and nothing is simple. 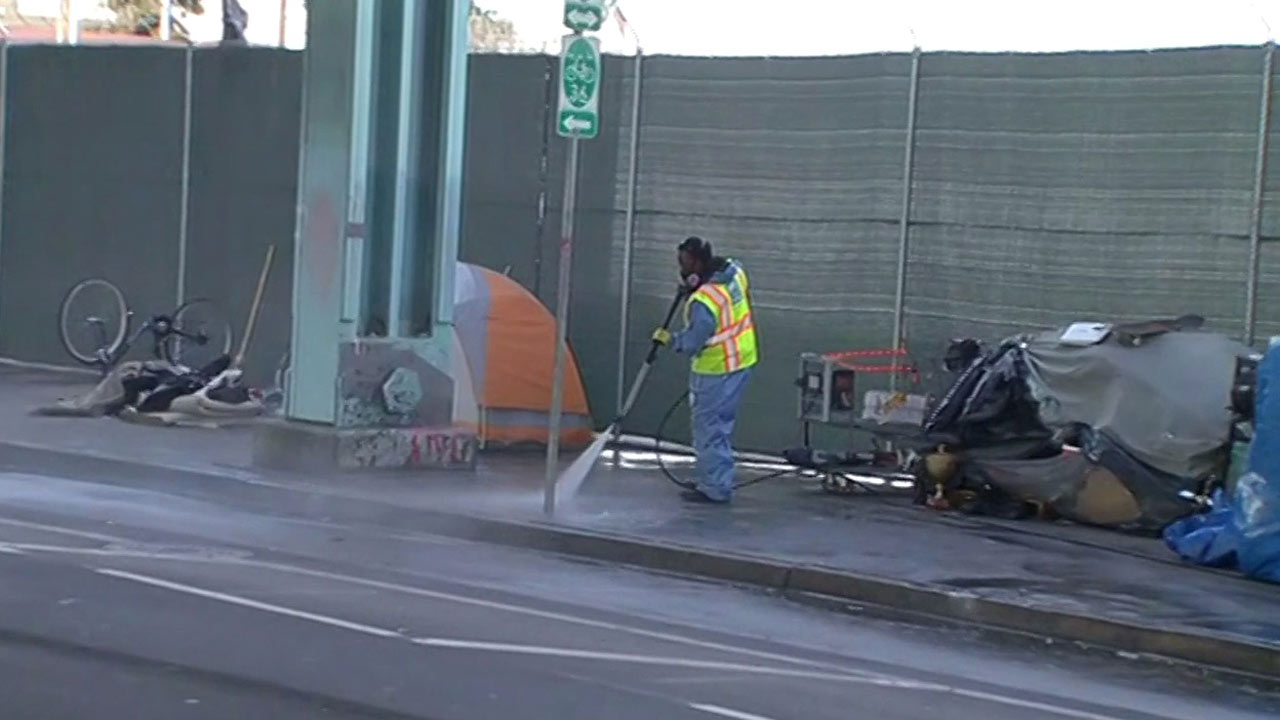 SF tent city remains despite looming deadline
Dozens of tents used by the homeless in San Francisco remain along Division Street despite a deadline for them to be removed. Public works crews were expected there Friday morning to begin a sweep.

The freeway overpass has served as a roof over their heads, but only the most desperate of them would call it home.

Oscar McJinny said, "I got forced over here in May..."

McJinny is packing up again and it looks like Division Street just another stop along his bumpy road. Notice, we did not use the word "move".

"If I move they win. I'm just relocating," McJinny said.

Call it what you will, but at 5 p.m. the latest deadline expired on an order by the Health Department for every homeless person to leave Division Street. San Francisco's Department of Public Works has drawn the straw to enforce it, but the question is when and how will they enforce it?

"We'll obviously assess the situation. We do hope that everybody will be gone," Public Works director
Mohammed Nuru said.

So what are the odds that Nuru already knew how well that would work out? Just ask Ashante Jones, who is homeless and says he repairs bicycles while living on Division Street.

"Yeah, I am going to stay. Somebody needs to stand up, man, because these people are decent and they do not deserve to be treated like this," Jones said.

The city's problem is that when people leave Division Street, they rarely go far; maybe a block or two.

We asked McJinny where he would go and he simply answered, "I guess somewhere else."