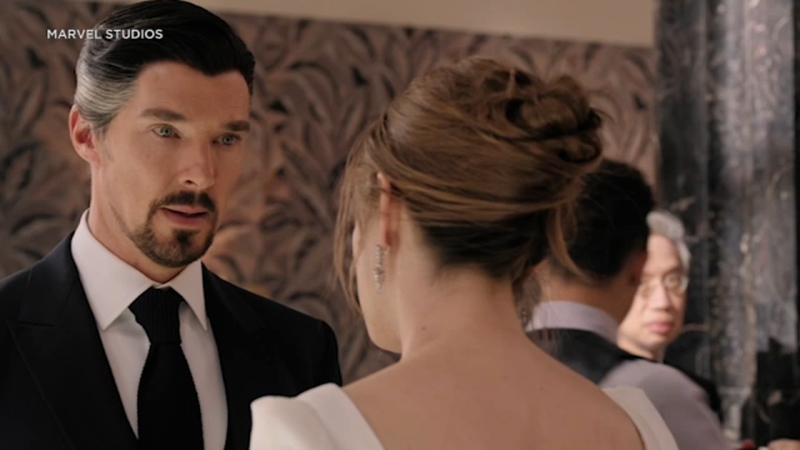 The long wait is now over for Marvel fans: "Doctor Strange in the Multiverse of Madness" is blasting on to the big screen.

As Dr. Steven Strange, Benedict Cumberbatch does a lot of protecting and leads us into the unknown for a dangerous new adventure in different worlds. It's a lot to take in - think crazy, powerful, dramatic, wild and complicated.

"I think powerful I like best, because I think it's an epic film," said Cumberbatch. "I think it's got the kind of scope and scale that some of the bigger ensemble faire has. And it's a--it's a busy film!"

Rachel McAdams is back as Dr. Christine Palmer, playing a pair of very different characters as they film moves through a number of multiverses,

When it comes to what is revealed in this movie multiverse...maybe "plenty" is the right word.

"A lot of surprises, so many surprises. I don't even know how many there are!" said McAdams.

"When you sit in one of these films the first time, you're just blown away by how your experience of doing it is augmented by everything that happens in post," said Cumberbatch. "So you do still feel like a spectator to your own work even though, you know, you're in the film."

"Doctor Strange in the Multiverse of Madness" is in theaters now.

"Doctor Strange in the Multiverse of Madness" is in theaters Friday but is already breaking box office records as the most pre-sold movie of the year so far.