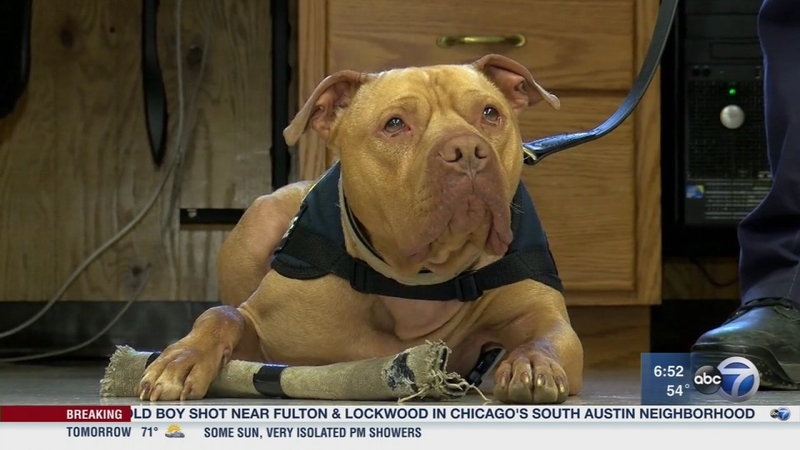 CLAY TOWNSHIP, Ohio -- A dog in Ohio was close to being put down. But at the last minute, duty called.

It turns out man's best friend wasn't very friendly. Leonard, a pit bull, has a certain lack of restraint around toys. Anything he wanted, he took. He couldn't really play nice with others and he didn't like to share, WTOL reports.

The Union County Humane Society declared him "unadoptable," meaning he would have to be put down. But staff members saw potential in his drive and made one more attempt to find Leonard a forever home.

"He showed everything he needed to do law enforcement. The only thing this dog does is find narcotics. He doesn't track, he doesn't apprehend people, he doesn't bite he doesn't have any aggression training, he doesn't find lost articles. He finds narcotics," Clay Township Police Chief Terry Mitchell said.

When Leonard isn't on duty, he stays with the chief.

"He would just as soon climb on your lap and give you kisses and go to sleep as he would do anything else, but he's really taken to the vest. When you put that vest on him he's all business. It's like he knows it's time to go to work," Mitchell said.