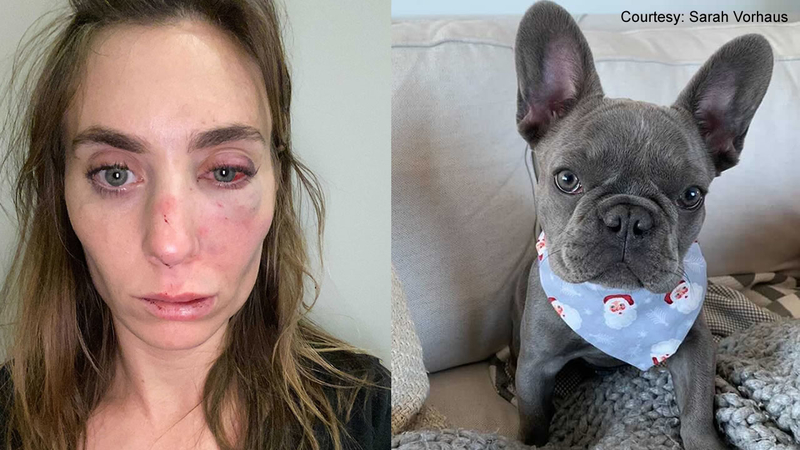 SAN FRANCISCO (KGO) -- The woman whose puppy was stolen during a violent, armed attack in San Francisco's Russian Hill last week says the assault was likely premeditated by a group of "highly sophisticated criminals."

SFPD says they are actively working this investigation and they are following leads.

Last Tuesday, Vorhaus was walking her two dogs on Hyde St. and Broadway at 5:52pm when she was attacked at gunpoint by three men, who drove off with her 5-month-old French Bulldog, Chloe. In the days since, her story has been widely shared and Vorhaus says people around the world have reached out to offer help and support in her search efforts. So far, no leads have come through.

Vorhaus said learning that she was targeted is "horrifically scary." She and her boyfriend, Peter, have moved out of the city and she has yet to return to her old apartment. She hopes other people walking alone in the city remain on high-alert.

"This wasn't a random crime," she said through tears. "Our neighborhood, people need to understand that these are criminals and they are still at large."

French Bulldogs can sell for thousands of dollars and thus are often a target for thieves.

Vorhaus said the attack has rattled Russian Hill. She said on Nextdoor people have started forming dog walking groups out of fear of walking alone.