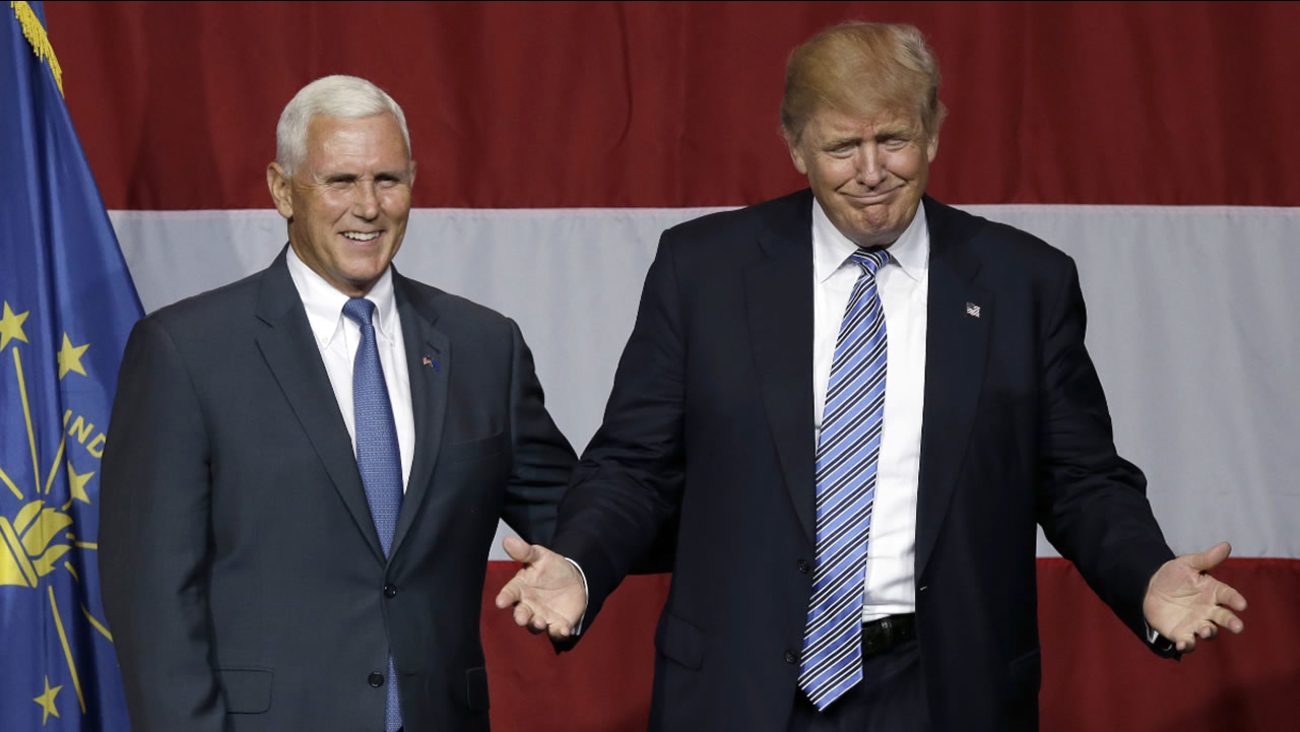 A news conference was set for Saturday in New York for the two men who will take on Hillary Clinton and her Democratic running mate in November.

I am pleased to announce that I have chosen Governor Mike Pence as my Vice Presidential running mate. News conference tomorrow at 11:00 A.M.

Trump offered the vice presidential spot to Pence Thursday, and the governor boarded a plane for New York in anticipation of a Friday announcement, according to a Republican with knowledge of the process. But shortly after Pence arrived, Trump abruptly said he was postponing an announcement because of the deadly attack in Nice, France, that left more than 80 people dead.

The delay sparked speculation that the notoriously unpredictable Trump might make a last minute change. But the businessman put those questions to rest Friday when he tweeted that he was "pleased" to announce Pence as his No. 2.

Pence said on Twitter that he was honored to accept the running mate slot and "work to make America great again."

Pence, a staunchly conservative 57-year-old, served six terms in Congress before being elected governor and could help Trump navigate Capitol Hill. He is well-regarded by evangelical Christians, particularly after signing a law that critics said would allow businesses to deny service to gay people for religious reasons.

Clinton's campaign moved quickly to paint Pence as the "most extreme pick in a generation."

"By picking Mike Pence as his running mate, Donald Trump has doubled down on some of his most disturbing beliefs by choosing an incredibly divisive and unpopular running mate," said John Podesta, Clinton's campaign chairman.

Pence rose to the top of Trump's list in recent days as the two men spent more time together. Pence was the favored choice of many Republican leaders, as well as some top advisers in Trump's campaign, reflecting a desire to see the real estate mogul add a more traditional politician to the ticket.

"It was a pick that clearly shows he is pivoting to the general election," said Republican National Committee Chairman Reince Priebus, who was in the midst of an interview with The Associated Press when Trump announced his decision. "He is choosing a person who has the experience inside and outside Washington, Christian conservative, very different style that I think shows a lot of maturity."

State law prohibits candidates from being on ballots in two contests, and Pence faced a noon Friday deadline for withdrawing from the governor's race. Trump's announcement came about an hour before that deadline.

Minutes after Trump tweeted, one of the governor's aides filed the paperwork with the Indiana Secretary of State's office.

Since taking office in 2013, Pence has presided over Indiana's improving economy and falling unemployment rate, which Republicans credit to the state's low taxes, limited regulation and pro-business climate. Yet his popularity at home has tumbled and re-election was not guaranteed.

During his years in Congress, Pence was known for a calm demeanor and conservative record. He deepened his ties to evangelical Christians and other conservatives last year when he signed the law affecting gays.

But his support for the measure led to a revolt from the business community, which joined gay rights advocates in successfully pushing for changes to the law. It also turned off some moderate Republicans, helping derail Pence's own presidential ambitions.

Trump's hectic decision-making process was made more complicated by the fact that the businessman was in California Thursday for a series of fundraisers, isolated from nearly all of his closest advisers, including his three adult children and his campaign chairman, Paul Manafort.

Frustration among Trump and his advisers mounted because of news reports that Pence was the pick, sending top aides scrambling to insist no final decision had been made.

The billionaire said in a series of television interviews Thursday night that he'd not yet settled on a "final, final" choice, leaving open the possibility the unpredictable presumptive nominee could change his mind.

But Manafort dismissed suggestions in an interview on Fox News Channel that Trump was having second thoughts about his choice. He said Trump was planning on making an announcement this weekend.

Trump was up against a clock in unveiling his pick. In addition to Pence's deadline in Indiana, the Republican convention kicks off in Cleveland Monday.

Top party officials are already in Cleveland, where a committee voted late Thursday to rebuff a push to let delegates vote for any presidential candidate they'd like. It was a major blow to Republican foes of Trump who have been working to try to thwart his nomination.
Related topics:
politicsdonald trumpu.s. & world2016 election
Copyright © 2021 by The Associated Press. All Rights Reserved.
RELATED
ABC reports Trump picks Indiana governor as running mate
TOP STORIES
'Detected outside of SF,' traces of omicron found in sewage
Pfizer says COVID booster offers protection against omicron
Surgeon General sounds alarm on youth mental health amid pandemic
COVID cases in Marin Co. dropped as schools reopened, study shows
Breaking down the race for SF's Assembly District 17
$38K reward for info in killing of news security guard in Oakland
Fresno teacher gets million of views on TikTok with dance moves
Show More
Woman accused of stealing $40K in items from SF Target arrested again
Stephen Curry chases history with NBA 3-point record in reach
JFK Unsolved: The Real Conspiracies
How to get more bang for your buck when gifting gift cards
Flagpole with incredible story gets new flag on Pearl Harbor Day
More TOP STORIES News