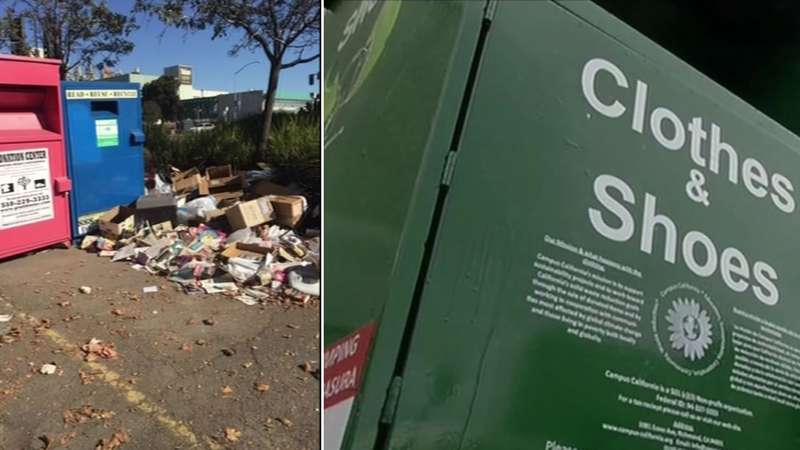 SAN LEANDRO, Calif. (KGO) -- It's the holiday season and many people are feeling generous, but the city of San Leandro says unpermitted donation bins are a problem. They're turning into dumping grounds for garbage.

"Anything you can imagine, it's just right there and they just leave they don't put it in the bin," Landeros said.

"Unfortunately, many of them have become havens for illegal dumping and in many ways appear to be blighted," Engelbart said.

Only two organizations with 17 bins combined have gone through the proper approval process. The locations are on a city run map.

"We believe there are many more out there that are unpermitted however we don't know where they're all located," Engelbart said.

We've seen this before in Oakland and other Bay Area cities, but San Leandro leaders want to be notified of bin locations so they can tackle the mess. Some people say they'll just take items to vetted nonprofits.