Dr. Dre gives back to hometown with $10M donation to Compton High for arts center 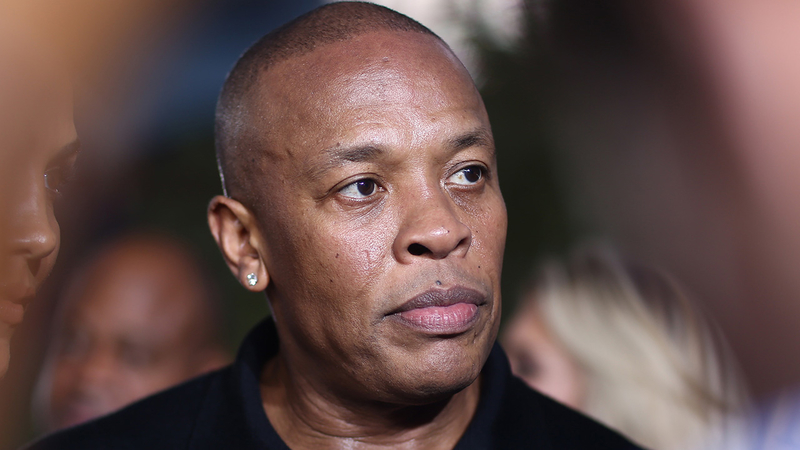 The center will include a 1,200-seat theater and will be part of a new facility that is expected to break ground in 2020.

Dre said the center will be a place for young people to be creative in a way that will help further their education and positively define their future.

Dr. Dre - born Andre Young - grew up in Compton and first rose to fame as a member of NWA, whose debut album was titled "Straight Outta Compton."

He later found success as a solo artist, producer and businessman.

His most lucrative move was launching the headphone brand Beats by Dr. Dre in 2008 - which was acquired by Apple in 2014 for $3 billion.

Forbes recently estimated his net worth at $740 million.

"The Compton Unified School District is building what will be the most modern high school complex ever provided to public school students. This extraordinarily ambitious project will be a beacon for transformational change in Compton - giving our community an unparalleled access to opportunity and achievement," Ali said.

"Dr. Dre has stepped up and partnered with the school district to make this vision a reality. A true act of giving back to the community in a way that will directly impact the ever-resilient efforts of our students to rise-up and succeed. A true act of leading the way and standing as an example to others of how never to forget where you came from."
Report a correction or typo
Related topics:
arts & entertainmentcomptonlos angeles countycelebrityhigh schoolrappermusichip hopperforming artsdonations
Copyright © 2022 KABC Television, LLC. All rights reserved.
TOP STORIES
SF LGBTQ+ police say they will not march in annual Pride Parade
ABC7's new 24/7 live stream offers local news, weather
2 women killed, man injured after taxi cab hits pedestrians in SF
Pfizer: COVID vaccine for kids 6 months to 5 years old 80% effective
Murdered for Millions | Watch full documentary
Father puts 1,000 miles on his car to find specialty formula
Texas woman sought in fatal shooting of SF pro cyclist: US Marshals
Show More
Red Flag Warning to go into effect for parts of Bay Area Monday
'Absolutely terrified' SJ teen boy dies hours after 'sextortion' scam
'I fought': Trevor Reed describes his survival in a Russian prison
Biden: Monkeypox threat doesn't rise to level of COVID-19
More than 75,000 pounds of baby formula lands in US amid shortage
More TOP STORIES News