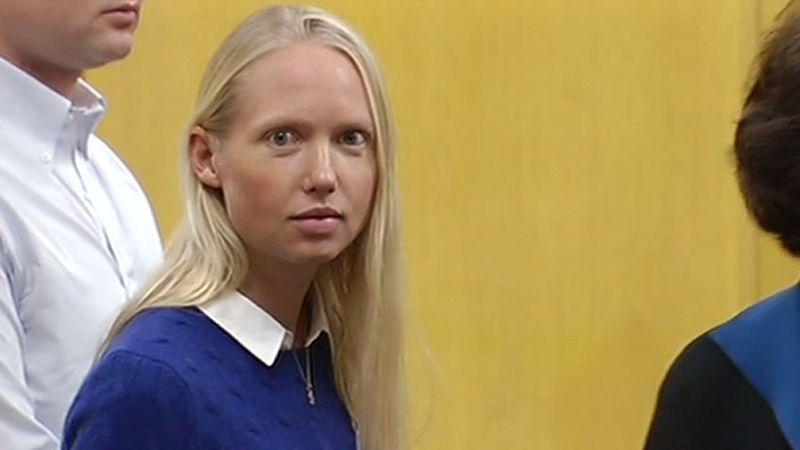 SAN FRANCISCO (KGO) -- A former debutante charged with driving under the influence and striking two children in a San Francisco crosswalk last week made her first appearance in court Tuesday.

Both children were transported from San Francisco General to a hospital in the East Bay. ABC7 News has learned that while one may be released Tuesday night, the other has more serious injuries.

"It's horrible to think that two kids, before going to school, get hit in this fashion," said San Francisco district attorney spokesperson Alex Bastian.

Officials say the 30-year-old was driving at 8:30 a.m. with a blood alcohol level over the legal limit when she struck the boys as they crossed Bay Street near Marina Middle School, where they were students.

Andereck stopped and cooperated with police after paramedics rushed the victims -- both 12 years old -- to the emergency room.

Andereck was in court with her parents on Tuesday. She is a former debutante and worked as a school teacher.

After she pleaded not guilty, her lawyer Roy Lefcourt said, "Kirsten and her family are obviously heartbroken over the boys. This has been exceptionally emotional experience for Kirsten."

Both boys have been treated for head trauma, fractured hips, and other injuries.

Julian Melendez and Peter Nguyen, both 12 years old, were hit by an alleged drunk driver while on their way to school in San Francisco on Wednesday, November 4, 2015.

Julian Melendez is expected to be released Tuesday. Peter Nguyen's injuries, however, are more serious. His attorney says he's suffering from a serious brain injury.

Three years ago, the city planned to reduce at least one lane of traffic and reconfigure Bay Street after a study by the Metropolitan Transportation Agency.

Lawyer Craig Peters says they didn't do anything until the accident.