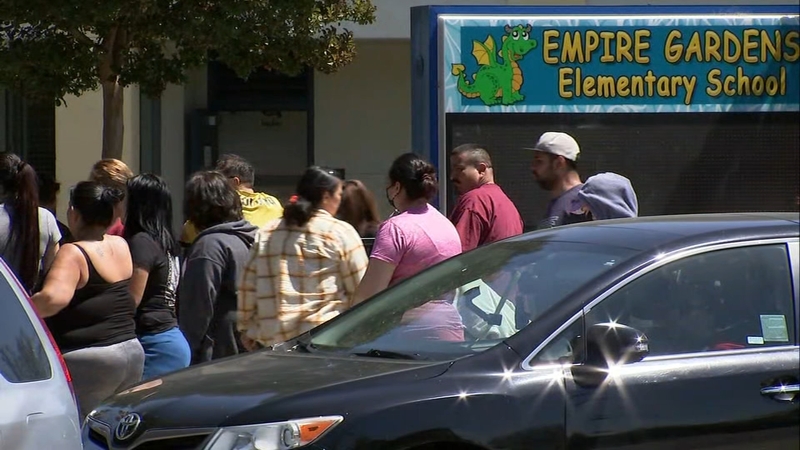 SAN JOSE, Calif. -- A despondent man allegedly armed with a knife is in custody after prompting an elementary school to shelter in place Wednesday, according to police.

Officers responded at 10:53 a.m. to Empire Gardens Elementary School in the 1000 block of Empire Street and crisis negotiators also responded.

No students were in danger during the standoff, and San Jose police said shortly after 1:40 p.m. that the suspect was taken into custody to be assessed by mental health professionals and to determine if criminal charges are appropriate.

No other details about the case were immediately available.