OTRC
By Sandy Kenyon
NEW YORK -- For half a dozen seasons now, "Black-ish" has kept us laughing and kept us talking about some of the most controversial topics of our times. And Season 7, which kicks off Wednesday, is no different.

The cast and producers of the ABC series were determined to meet this moment in American history, and to make their voices heard now, when the sitcom seems most meaningful.

"We're tackling the civil unrest, the protests, the election, and COVID," star Anthony Anderson said. "How it's all affecting the Johnson family?"

But there are challenges to bring humor to troubling times.

"It's a fine line between finding the funny and making fun of," he said. "As long as you're dealing with it from a real perspective that's authentic to the characters we're playing, we'll always be able to find the humor in any situation."

The pandemic was never far from the minds of cast and crew as they went back to work.

"At first, I was a little nervous and freaked out," actress Marsai Martin said. "Because I didn't know how everyone was going to deal with the pandemic that's been going on."

Steps were taken to ensure the safety of the cast and crew.

Actor Marcus Scribner observed that everyone involved was trying to be responsible on set.

"We're all separated constantly," he said. "We're wearing our PPE constantly, getting tested every single day."

"(I feel) very blessed and very fortunate to remain safe and as of yet unaffected by the disease in any real impactful way," he said.

Characters played by Fishburne and Lewis will soon get their own spinoff series soon, with a new show called "Old-ish" in the works. 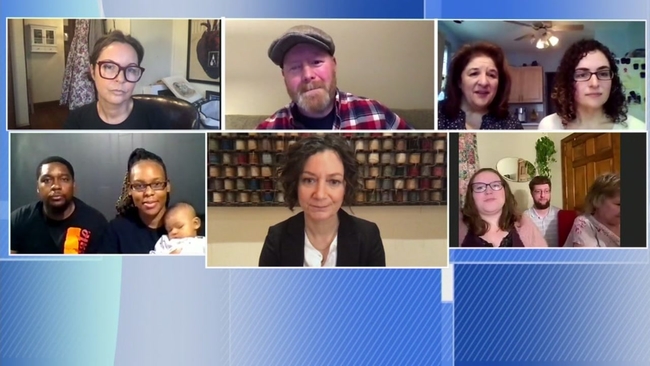