KGO
By Janell Harris
The nominations for the Oscars have been announced, and the Bay Area has a chance to bring home a few more trophies at this year's Academy Awards.

Mahershala Ali, who was born in Oakland, raised in Hayward and did his college studies at Saint Mary's College, received his second Academy Award nomination for Best Supporting Actor in "Green Book". In 2017, he won an Oscar in the same category for his performance in "Moonlight." And, if you believe the Golden Globes are an indicator of success at the Oscars, Mahershala Ali won one for his role in "Green Book" and "Moonlight".

Sam Rockwell, another Bay Area native, is nominated for Best Supporting in "Vice." He was born in Daly City and raised in San Francisco, where he attended the Ruth Asawa School of the Arts. He now resides in Los Angeles. Rockwell won his first Academy Award, as well as a Golden Globe, for Best Supporting Actor in "Three Billboards Outside Ebbing, Missouri".

Ryan Coogler, Marvel's youngest filmmaker, grew up in Oakland. His first feature film, "Fruitvale Station," won top audience awards and now "Black Panther" is nominated for seven Academy Awards including Best Picture - although some say he was snubbed for the Best Director nomination.

Emeryville-based Pixar has won numerous awards for their feature films, including 15 Academy Awards and nine Golden Globes. This year, "Incredibles 2" is nominated for Best Animated Feature. Fun fact, "The Incredibles" was the first Pixar film to win more than one Academy Award. 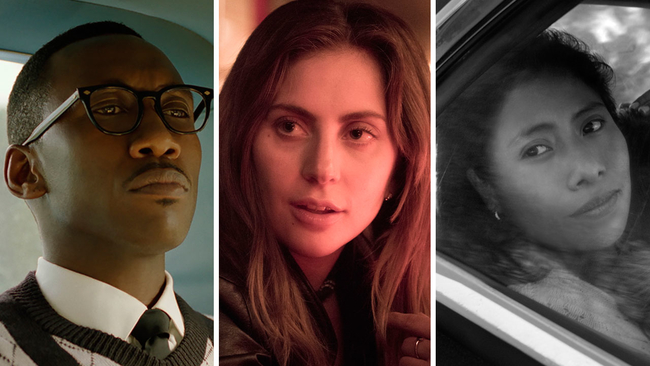 Here are your Oscars 2019 nominees