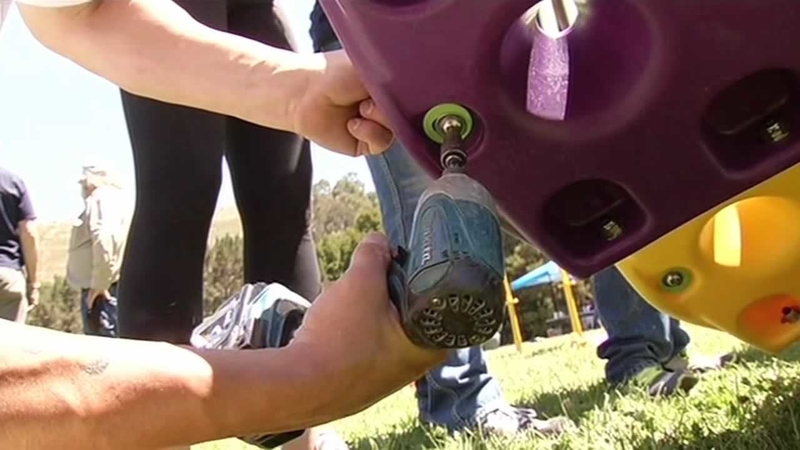 The playground at Burkhalter Park at 4062 Edwards Ave. was built by Morgan Stanley employees and volunteers from KaBOOM, a nonprofit group that helps communities build playgrounds for children.

Brooks, who represents the area, was awarded a KaBOOM grant, sponsored by Morgan Stanley, in March to make improvements to the park's play area. The city hasn't been able to upgrade the park because of budget constraints.

Morgan Stanley officials said they've selected Oakland to be one of three pilot cities nationwide to take part in the company's new "Healthy Cities" initiative, which delivers critical needs for children to give them a healthy start for consistent and meaningful achievement in life.