ABCNews
SALEM, Ore. -- Justin Kragt was just 2 and a half years old when he was found crying outside a theater in Seoul, South Korea.

About a mile away, a little girl, just 4, was found at a market, also in Seoul. Police found a note in her pocket: "She has no parents. Please take her to the nearest police station."

Both children would be adopted by parents in America.

Sue Maguire adopted Justin. "We actually found Justin in a magazine with this cute little cherub of a face," Maguire explained.

Justin was raised in Salem, Oregon, with four siblings.

Little did he know, his older sister, once that 4-year-old with a note, was being raised in Pleasanton, California, with her new family.

Now both in their late 30s, they took DNA tests with 23andMe. She thought she remembered having a brother, but he never knew he had a sibling at all.

RELATED: Georgia girl learning she's being adopted will bring tears to your eyes

The moment they met each other for the first time was captured on camera at the Salem airport.

"I knew about him all this time. I just never thought I'd ever meet him, so this is really amazing," Renee said during that first meeting. "It's like we came from the same parents, which is blowing my mind."

"As a mom of an adopted child, I could not have planned a better gift to give Justin than this," Maguire said.

Later, after that first meeting, Renee told ABC News that just knowing how close her brother is has changed her.

"Knowing that Justin is just a phone call or a text or an email away or a short flight away, it has really changed the way that I see myself in the world."

Justin has changed, too. "The first time that I saw my sister, my heart absolutely melted," Justin said.

Back at the airport, when they were first reunited, Justin tried to explain what it felt like to meet Renee.

"I always thought I was alone in the world and I was content with that," he said. 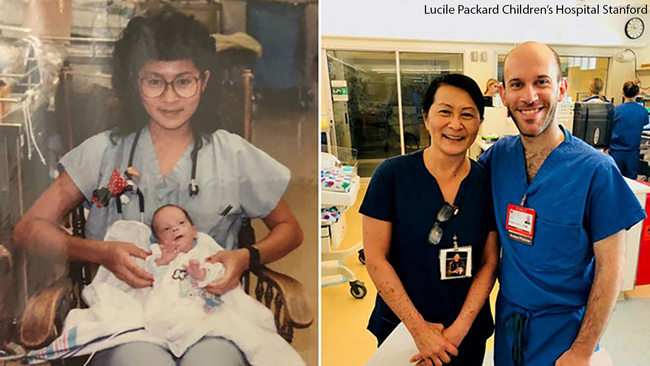 Nurse discovers colleague was premature baby she treated years ago 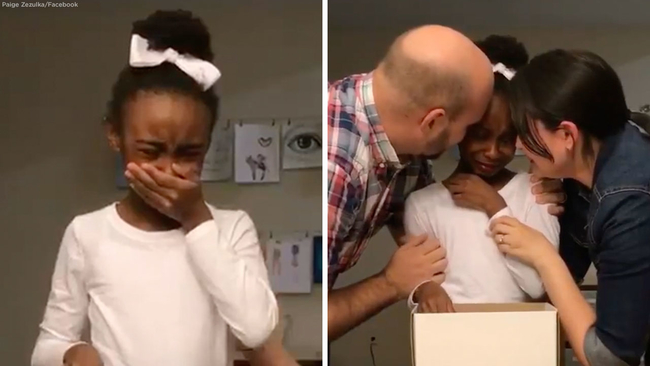