FasTrak insists man owns truck he doesn't actually own, says he has to pay toll violations 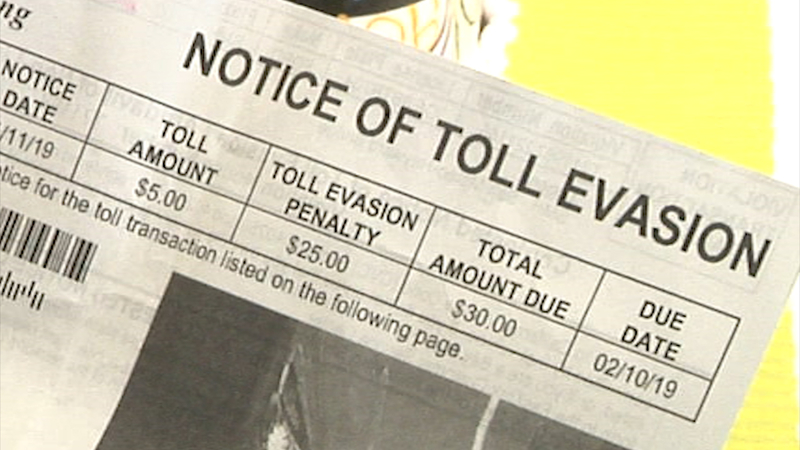 PLEASANT HILL, Calif. (KGO) -- If you have a FasTrak account, you can rest assured you won't get a ticket for toll evasion. Or can you? An East Bay man was stunned when he got a ticket even though he's a FasTrak customer.

What seemed like a simple mistake turned into a head-scratching mystery. FasTrak insisted George Perasso of Pleasant Hill is the owner of a pickup truck that zoomed across the Richmond - San Rafael Bridge without paying the toll.

Perasso knew it was a mistake -- it's just that nobody would believe him.

"I probably would have had a better shot talking to a robot 'cause the human interaction was worthless," he said.

It began when he got a ticket from FasTrak for crossing a bridge he never uses in a truck he doesn't own.

"I look at it, it's not my license plate, simple mistake, FasTrak made an error... I don't own a Dodge Ram truck," Perasso explains.

What he actually owns is a snazzy white sports car with a personalized plate.

However, FasTrak didn't see it that way.

"I called FasTrak and let them know I don't own this vehicle and they said, oh yes you do," Perasso said.

"I said I never owned this vehicle. Nobody listened to me. Nobody cared what I said. They're basically calling me a liar," said Perasso.

He thought about paying the $30 before more penalties added up. But what if this happened again?

"What if the person who owns this vehicle keeps getting more tickets? It's just gonna pile up and pile up," Perasso said.

FasTrak said pay up or it would go to collections.

"I spoke with five people. Everyone stuck to their guns: 'this information came from DMV,'" Perasso recalled. "My options were pay the ticket, let it go to collections, go to 7 On Your Side."

He contacted 7 On Your Side. We reached out to FasTrak and we found out how this happened.

Turns out a car dealership mistakenly typed the vehicle identification numbers (VIN) on Perasso's car on the registration for the Dodge truck. Perasso was listed as the owner.

FasTrak would not say how someone can get those kinds of mistakes corrected or how often they happen. However, it canceled Perasso's toll violation. The DMV also fixed its mistake. And now, Perasso won't get somebody else's tickets.

"So, without you guys, I don't know what I would've done," he said.

The DMV told Perasso errors with vehicle identification numbers are not uncommon. If you get somebody else's ticket, let 7 On Your Side know about it. We'll get to the bottom of what happened.