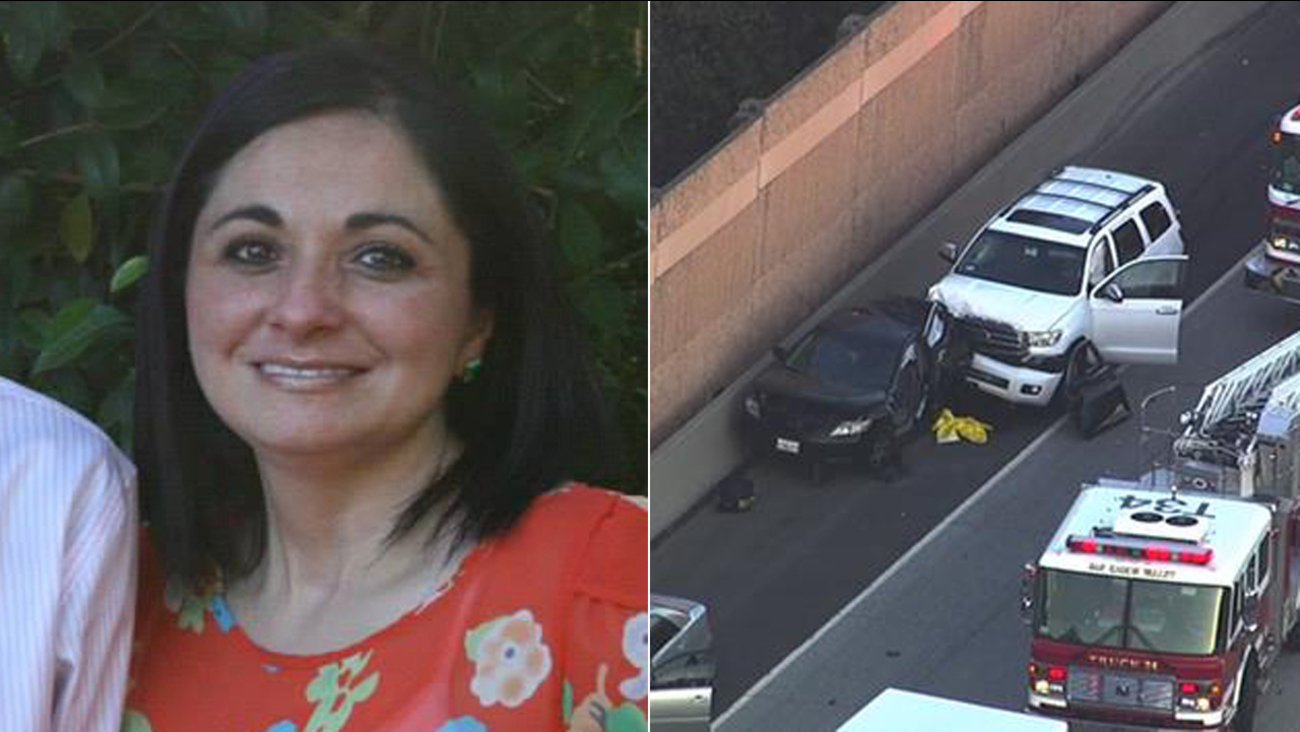 Yarenit Liliana Malihan was arrested on suspicion of DUI and gross vehicular manslaughter for accident on I-680 in San Ramon, California Friday, September 9, 2016. (KGO-TV)

Pleasanton resident Yarenit Liliana Malihan, 39, was arrested on suspicion of driving while under the influence and gross vehicular manslaughter, according to the CHP.

A disabled black 2007 Toyota Camry with three children and their mother inside had parked on the shoulder of the highway. Three-year-old Elijah Dunn was killed in the crash.

A white 2008 Toyota Sequoia, driven by Malihan, then crashed into the back of the Camry, according to the CHP.

All three children - including a 1-year-old girl, a 3-year-old boy and an 11-year-old boy - were transported to UCSF Benioff Children's Hospital Oakland. The 3-year-old later died at the hospital, CHP officials said.

The mother of the children, who the CHP identified as Crystal Manoiki, suffered major injuries. She was taken to John Muir Medical Center, according to the CHP.

Malihan was taken to San Ramon Valley Hospital and treated for minor injuries. She was later arrested and booked into the Martinez Detention Facility.

Investigators concluded the small children in the Camry were secured to a child safety seat and all the victims were wearing their seatbelts at the time of the crash, CHP officials said.

Elijah Dunn was in rear seat behind the driver & took brunt of collision. Driver, his mom, has broken back per Dunn's grandfather. #abc7now

4 yo boy airlifted to @UCSFBenioffOAK after car runs out of gas on 680 in San Ramon & SUV hits it. #abc7now pic.twitter.com/tYNp5FYW7U