Boater jumps into action to save fawn struggling in water 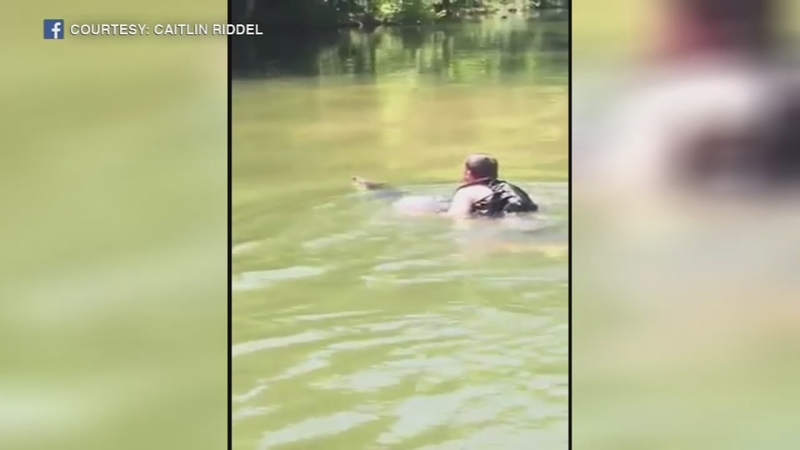 Boater jumps into action to save fawn

Caitlin Ridell told WATE her boyfriend, Rob Hersch and his roommate, Tim Wilhoit, were boating when they saw a fawn struggling to stay above the water. Ridell said they thought the fawn was a log at first and then they realized it was moving.

"We knew it was some sort of animal. I thought it was a beaver or something at first. Tim joked he thought it was a chihuahua because it was so small," says Ridell. "We finally realized it was a deer and it was a good ways away from the bank and it was really struggling at that point, so we kind of panicked for a second and weren't sure what to do."

Ridell said her boyfriend jumped into action. She said Wilhoit tried to pull the boat as close as he could to the fawn, then Hersch jumped in with his life jacket on.

"We saw the deer go under water completely for a second and saw some bubbles go up," said Ridell. "Then Rob jumped into the water. I threw him a second life jacket and he swam up to it and wrapped the deer up."

Pulling the deer along in the life jacket, Ridell says Hersch swam back to the bank.

"As he got closer to the bank the fawn looked like it had kind of given up or was scared. When he got it up to the bank the guy from Choto picked it up and held it kind of like a little puppy dog almost. It seemed to have a sense of comfort about it once the guy got it to take it and dry it off," said Ridell.