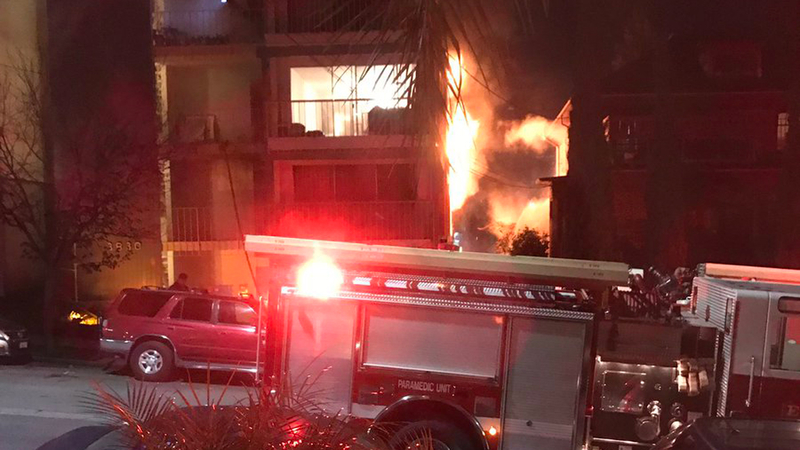 OAKLAND, Calif -- A wall heater ignited a blanket and started a three-alarm apartment fire this morning in Oakland, a fire battalion chief said.

The fire was reported at 4:05 a.m. in a four-story building in the 3800 block of Harrison Street.

When firefighters arrived, strong flames were burning the building and several people were evacuated.

A wall heater ignited a blanket in a first floor unit and the fire then spread to the second and third floors, Battalion Chief Ian McWhorter said.

No other buildings were damaged.

The building was left severely damaged and 14 people were displaced. Outside the building, two residents were treated for smoke inhalation and released.

One person suffered a minor cut to the leg that was treated with a bandaid, McWhorter said.

I just woke up to children screaming "help, save me" and look outside then building across the street is burning. Help here now. pic.twitter.com/Y7ocvetR2Y