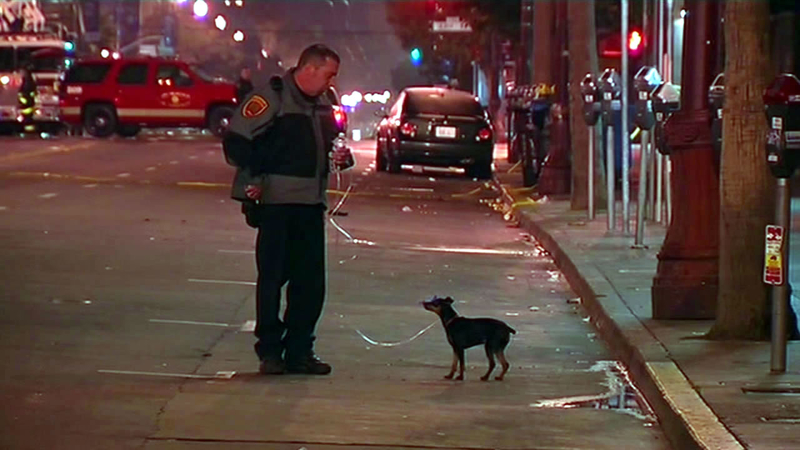 SAN FRANCISCO (KGO) -- A small dog was saved from the burning remains of a building in San Francisco's Mission District. The four-alarm fire claimed a life and injured several people on Wednesday night. Now, investigators are searching for a cause as dozens of residents and businesses try to pick up the pieces after dramatic flames raged through their building.

Officials say those hurt, including a firefighter, suffered minor to moderate injuries. Information has not been released about the man who died. In the meantime, authorities are voicing concerns about what they're hearing from survivors who were possibly trapped inside a building that did not have a working smoke alarm.

Officials investigate cause of Mission District fire
Officials notified residents affected by a massive fire in the Mission District, that they will not be able to go inside to retrieve their belongings until the building is deemed safe.

The fire first broke out around 6:45 p.m. at Mission and 22nd streets in the three-story, multi-use building that had businesses on the first and second floors and apartments on the third floor. 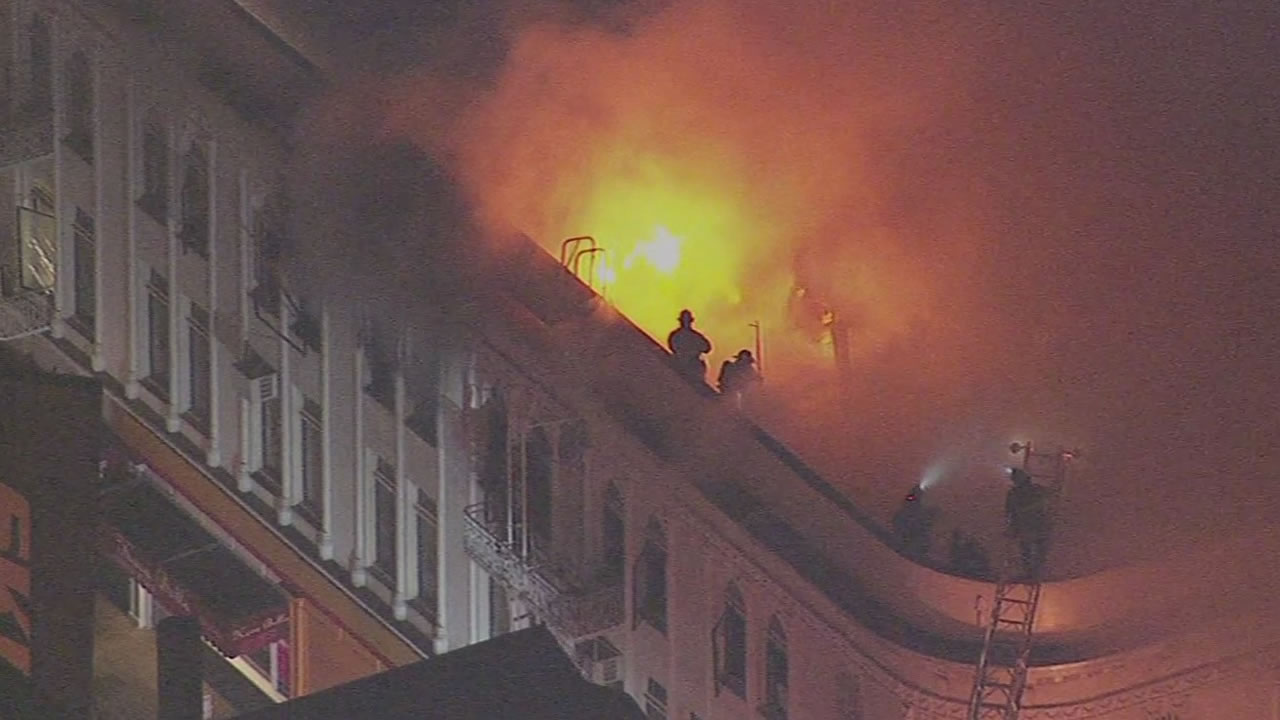 But even after the huge flames were gone, firefighters didn't let down their guard. Crews watched the building all night and were busy dealing with flare-ups.

Then at 3:30 a.m., a small miracle; they found a small dog on the very damaged third floor of the burned building. Firefighters were surprised to learn that he was okay, and were left wondering how he survived the flames.

"This was well into this, about eight hours into the fire," said Fire Chief Joanne Hayes-White. "My understanding is that the Chihuahua had a tag so we were able to bring the dog to the resident who lost everything, but has his or her dog. So, it's a big deal."

The small pup was the bright spot in an otherwise grim morning, as city officials started realizing the human toll of this fire.

As the mayor and fire chief examined the wreckage, they instructed city officials to help the 54 residents and 20 small businesses displaced by this fire.

"We do have disaster funds and we will be available to release those as soon as we get an assessment of what people need and what their plans are," said Mayor Ed Lee.

Sollega CEO Elie Rothchild's business is on the second floor. He says he just stared in shock at the coverage on TV last night.

"I was, you know, just basically watching to see if my office was gonna be engulfed in flames," he said.

He's worried about his business and also some pets.

"I have some fish up there that I'm hoping are still alive and I'm hoping I can get them out," said Rothchild.

Fire investigators are also concerned about what residents are telling them of being stuck on fire escapes and having trouble getting to them and not hearing any smoke detectors.

Several factors still need investigating. Officials say it could take weeks or months to sort it all out.

The fire is still having an impact on Muni buses. The transit agency had to shut down the 14, 49 and 33 lines on Mission from 16th street to Cesar Chavez. Service in that area is running on South Van Ness Thursday morning. You can also take BART if you want to get through the Mission District.

The building appears to be a total loss. The cause of the fire remains under investigation, but it does not appear to be suspicious.