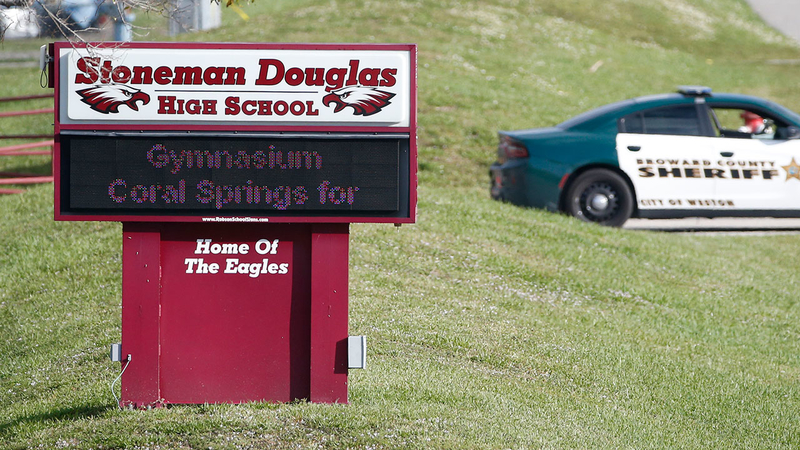 2:19 p.m.: The suspect was dropped off at Stoneman Douglas High School.

He took the west stairwell to the second floor and shot a victim in room 1234.

2:28 p.m.: The suspect took the east stairwell to the third floor, dropped his rifle and backpack and ran down the stairs. He exited building 12 and ran towards the tennis courts and took a southbound turn on foot, crossing the fields and traveling west with other students who were fleeing the school.

2:50 p.m: He arrived at a nearby Walmart, bought a drink at a Subway restaurant and then left the Walmart on foot.

3:01 p.m.: The suspect arrived at a nearby McDonald's store and sat down "for a short period of time" before leaving on foot.

3:41 p.m.: The suspect was detained in the 4700 block of Wyndham Lakes Drive in Coral Springs by an officer from the Coconut Creek Police Department. He was taken into custody without incident.