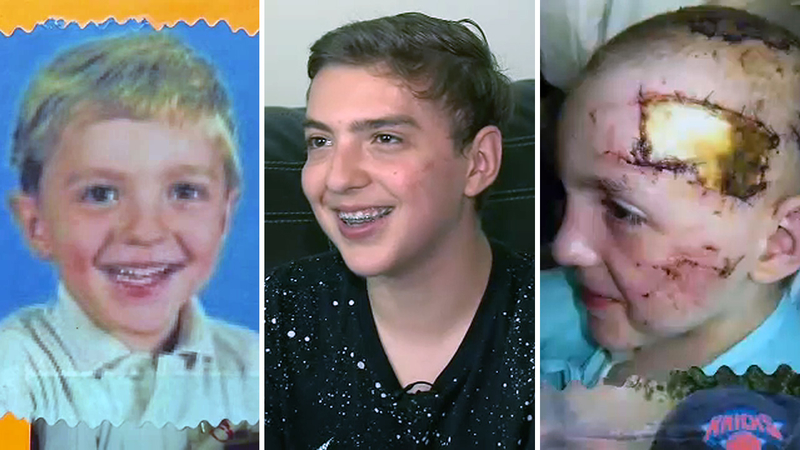 ARLINGTON, Dutchess County -- Nine years after he was viciously mauled by a dog, Frankie Flora is going in for more surgery but still with an amazingly positive attitude.

That would make more than 40 surgical procedures the now 14-year old has endured since a relative's pit bull attacked him on April 16, 2009. He required more than 1,000 stitches to close 80 lacerations on his face and hands.

"It's nine years," he said. "I was only 5 years old when the dog attacked me, but I feel like it was yesterday."

Since the attack, Frankie has grown into a self-assured teenager anxious to begin high school next year. Practicing his trumpet, music, and art are on his list to accomplish, and along with his mother Maria, they hope to generate more attention to push "Frankie's Law" through the state legislature.

"He's trying to be an inspiration," Maria said.

"For other people going through what I went through," he said. "If a dog were to bite someone else, then it makes it so that the owner is more responsible if the dog bites someone for the first time."

New York is a "one bite state," meaning an owner is not responsible if the dog bites someone for the first time.

"We just want to make a change," Maria said. "A change for the positive."

Frankie now has a dog of his own, Faith, a Labrador Retriever. And he continues his long recovery with a positive attitude.

"I just want to be done with all that," he said. "That way, I will be in school. I'm studying, and I just have everything all sorted out."