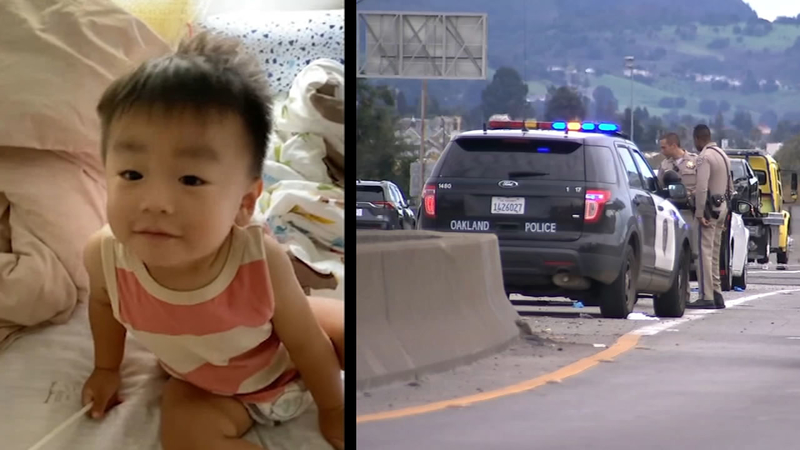 ALAMEDA COUNTY, Calif. (KGO) -- The Bay Area continues to mourn the loss of 23-month-old Jasper Wu, who was shot and killed while sleeping in his car seat on I-880 in Oakland Saturday.

ABC7 News reporter Luz Pena spoke to community leaders to see what other East Bay cities have implemented throughout the years to prevent highway shootings.

During the first press conference by CHP after Jasper's death by a stray bullet, officers revealed a shocking data point:

When we challenged the notion of how "safe" our freeways really are, CHP Capt. Lehman responded, "The chances of this happening are not high."

"Here in the city of Oakland, we've passed many policies that must be implemented. That includes gun tracing, truly getting the illegal guns off the streets, and I'm serious when I say we have a violent gun epidemic happening here," said Councilmember Thao.

To find solutions we drove to Hercules.

Dan Romero was the first city leader in Contra Costa County to search for solutions.

"I was one mayor in 2016 that came out and said something, but then four mayors is West contra Costa County supported me. With that support we were able to go to the state and get help," said now councilmember Romero.

With $3.5 million over a 3-year period, Contra Costa County installed highway cameras along Interstate 80 and Highway 4. But to council member Romero this is not a full victory.

"This is not just 100 lives lost, this is 100 groups of children that don't have a loved one, a mentor, a mom or dad, an aunt or uncle," Oakland Mayor Libby Schaaf said today.

"It's happened again. You would've thought that when we first got that first freeway system, that the state would've taken steps to do the whole Bay Area and they didn't. So, here we are again, but this time a 23 month old child died. For what? What the hell is going on?" said Romero, with tears in his eyes.

Councilmember Romero is asking for the rest of Bay Area to unite like the East Bay did six years ago.

"When we have all the systems working together, the shots spotters alerting law enforcement immediately that shots have been fired in a certain location, and then also the cameras that are capturing license plate readers that are actually capturing that information in real time. This can certainly be a great tool for law enforcement in solving these crimes," said DA Becton.

According to CHP, there have been 31 highway shootings in contra Costa County this year, but that's a 68 percent decrease from 2015.

"They can jump on the freeway in one location and there can be activity on that location and jump off the freeway. But now people understand that when there is movement is happening, we are able to often capture them entering or exiting the freeway," said Becton.

As to Jasper Wu, CHP has not revealed any new updates on the shooting.