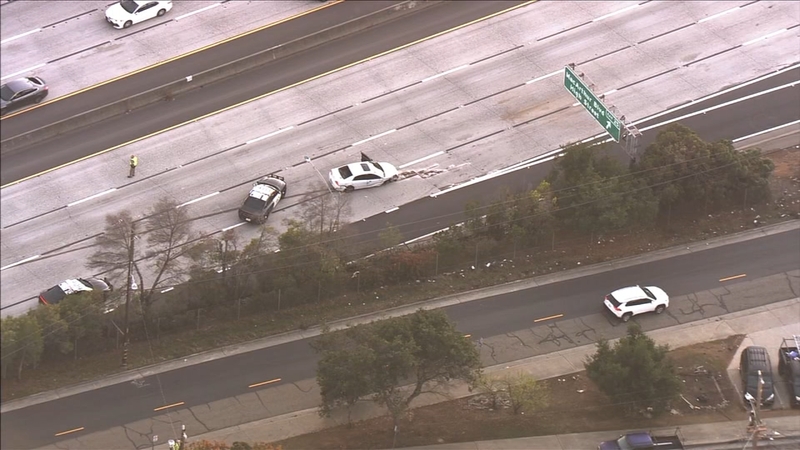 Fatal shooting shuts down westbound I-580 in Oakland, CHP says

OAKLAND, Calif. (KGO) -- A freeway shooting left one person dead and shut down Interstate 580 in Oakland at the height of rush hour on Wednesday.

It happened around 5:30 p.m. on westbound I-580 and closed part of the freeway near High Street.

Traffic headed toward San Francisco was diverted onto Highway 13.

RELATED: 4 injured in shooting on I-580 in Oakland, eastbound lanes shut down, CHP says

The shooting victim was driving a white sedan which could be seen from SKY7 while it was over the scene.

Several people driving on 580 called police reporting that two people were shooting at each other.

It's believed the gunfire came from someone with a semi-automatic gun inside a silver car.

The CHP is still investigating what led to the shooting.
Stay with ABC7 News for the latest details on this developing story.