KGO
By Melanie Woodrow
SAN FRANCISCO (KGO) -- The owner of Cafe Bastille in San Francisco was glued to the news before the lunch crowd rolled in.

"History is going down in flames," said Olivier Azancot.

Firefighters battled a massive blaze at Notre Dame Cathedral as the world watched.

"It's the center of Paris, everything in France starts in front of Notre Dame," said Azancot. "Sad for the whole country," he continued.

At San Francisco International Airport, French people arriving from Europe say they heard the news when their plane landed.

"Someone in front of us said I received an SMS and Notre Dame is on fire," said Pierre Michell who was flying in from Amsterdam.

Michell took his daughter to Notre Dame three months ago.

"She says she was shocked when she saw the fire," Michell translated.

A sentiment shared by others as ABC7 News showed them video of the spire falling.

"I hadn't seen it yet," said Jade Gardais. "It's not that much the religious part but more the culture and the historical symbol it represents."

"Once you live there its part of the city-- you don't even notice but now you know that this is like gone," said Ludovico Dardenghi who lives near Paris.

Meantime, American tourists returning on a flight from Paris were stunned the historical landmark they had just visited was now on fire.

PHOTOS: A look inside and outside Notre Dame Cathedral during fire

"Its incredible pictures don't do it justice. We were there 8'oclock last night, last thing we saw," said David Casida from Alameda.

"It was amazing it was beautiful very awe inspiring. It's such a tragedy and I hope they're able to restore it," said Laura Caldwell from Walnut Creek. 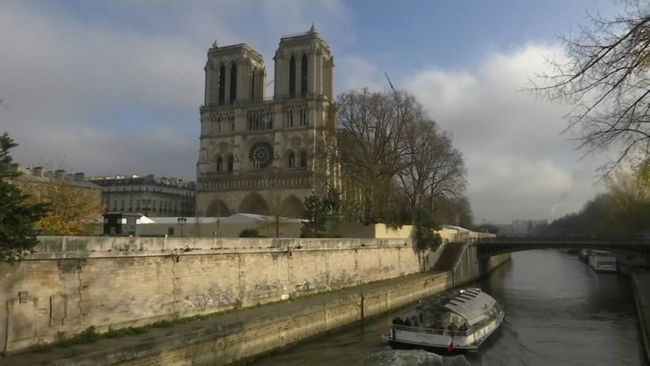 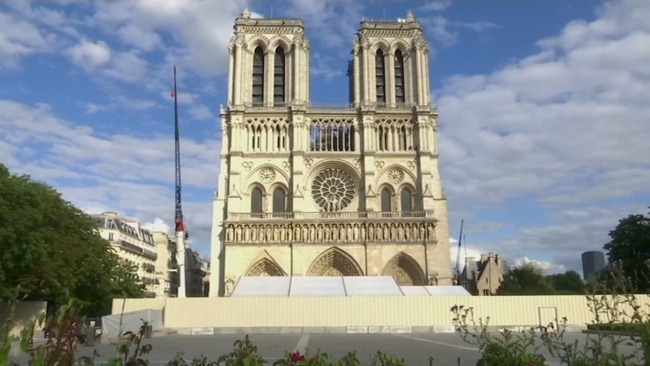